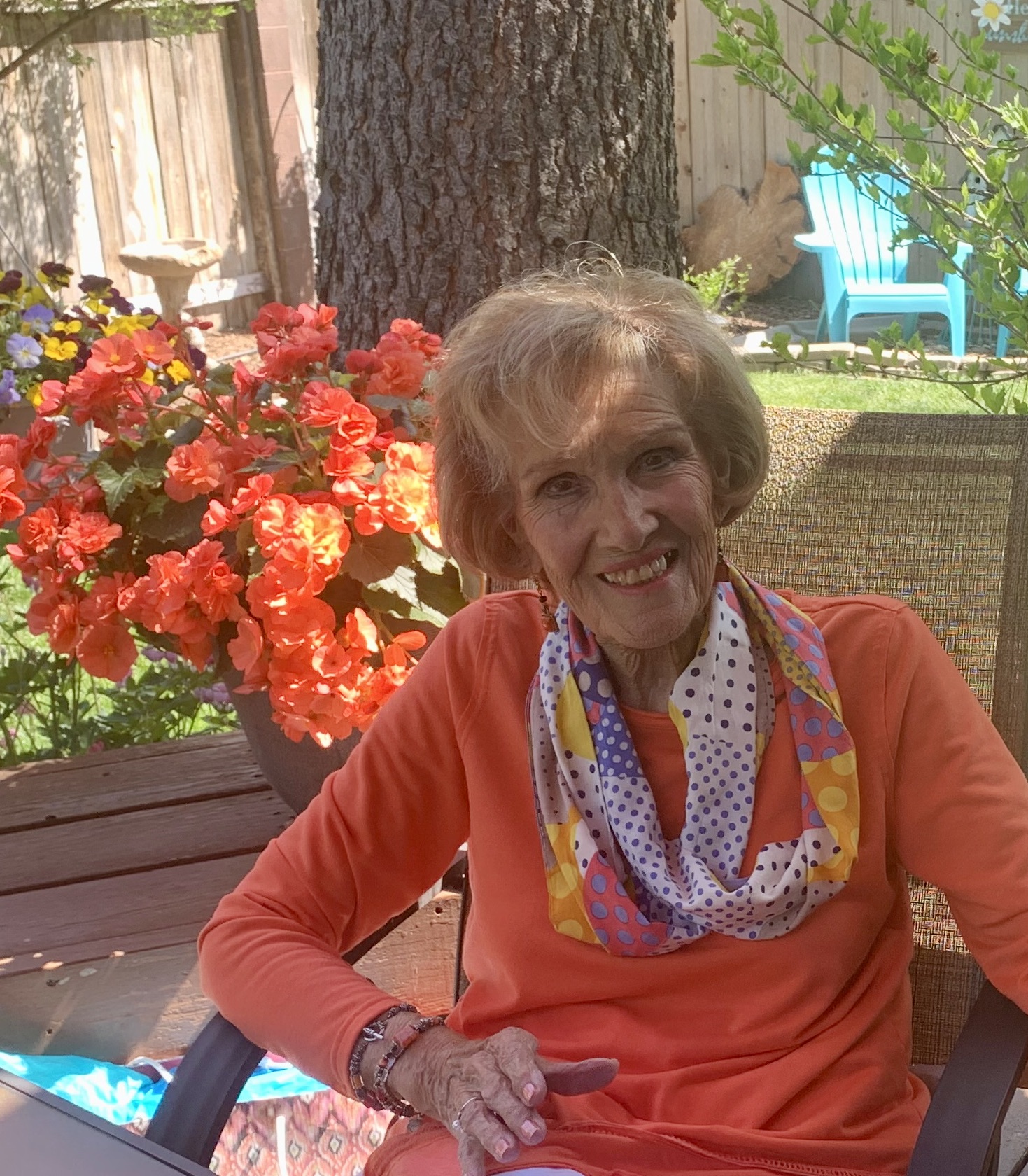 Elizabeth Anne “Betty Anne” (Dompier) McIrvin is now with her Lord and Savior, Jesus Christ. “To God be the glory!”

Betty Anne was born in Detroit, Michigan, on November 25, 1934. She moved with her family to California, before settling in April 1945 in the Flat Creek Area/Northport, Washington, just seven miles south of the Canadian border where they raised cattle. Soon after, she met Wayne McIrvin whose family also ranched in the area. The teenagers began dating, spending time together at baseball games and going to the movies in nearby Colville. On April 11, 1952, Betty Anne and Wayne eloped in Coeur d’Alene, Idaho. They had to convince the Justice of the Peace because she was 17, he was 20. They were deeply in love, spending the next 68 years together in marriage and as best friends. Wayne and Betty Anne’s marriage was a testimony of what a marriage should look like to all who knew them. They cared for each other deeply and were inseparable, always kissing and holding hands.

Just nine days after their wedding, Wayne shipped off to the Marines Corps and Betty Anne moved to California to be closer to him. She worked as a waitress at the YMCA and graduated from Point Loma High School. Betty Anne accepted Jesus into her heart at her Grandma’s church in San Diego. From that day forward, bringing people to the Lord was her mission. She never missed an opportunity to witness throughout her life, and she prayed daily for the chance to share His Word.

In 1955, Betty Anne and Wayne started their family and raised four children: Bud, Kassie, Cindy and Neil. Wayne’s career took them to several towns across Washington. They moved to Vancouver in 1967, and it was there that Betty Anne began her involvement with Christian Women’s Club (Stonecroft). Nine years later they moved to Federal Way, where they lived for 31 years, and she continued devoting her time and energy to speaking and leading with Christian Women’s Club. She touched the lives of thousands of women all over the world. Most recently, she was a speaker coordinator for Stonecroft helping new speakers form and share their testimonies of how Jesus changed their lives. Her legacy continues.

Betty Anne was endlessly energetic and a source of unbridled fun. She loved her BMW and was known to drive it (fast!) with a Starbucks coffee in hand. She accessorized with jewelry and was always well put together. She was passionate about home decor, travel (especially to Hawaii, Palm Springs, France, Germany), entertaining and bringing her friends and family together. She fastidiously maintained the family’s beautiful house and yard (created her own “beach” in Eagle, Idaho), going so far as to become a “certified” squirrel relocation specialist.

In 2007, Betty Anne and Wayne began a new chapter in Idaho. She quickly became an obsessive Boise State football fan. From her earrings to her eye shadow and shoes, Bronco game days were all about the blue and orange! Betty Anne and Wayne explored their new home by taking many Idaho backroads to some of the most scenic spots in the Gem State. They especially enjoyed their regular getaways to the Ashley Inn in Cascade. She continued to pour out her heart to strangers in Idaho, bringing many people to the Lord through her church, Christian Women’s Club, Bible studies, and everyday encounters with hair stylists, waiters, or baristas. For those who were blessed to meet her – even if it was a brief conversation in the line at the grocery store – Betty Anne made a lasting impact on their lives. She radiated God’s love, compassion and joy at all times.

Betty Anne was a force. She survived cancer and despite whatever challenge was in her way, her trust and faith in Jesus never wavered. “God has another plan,” she often said when she was going through a tough time. “The best is yet to come.”

Her urgency to share the gospel as a servant of the Lord lasted until the very end of her life. Just a few hours before she entered heaven’s gates, she was sending encouraging texts and Bible verses, and sharing the Gospel while struggling to talk on the phone.

She was known as “My Precious,” “Mom,” “Grandma Betty,” “Aunt Betty,” sister, cousin, friend, but mostly, “Child of the King.” We love you “clear to the numbers stop to.” We know that is where you are!

Betty Anne’s favorite passage from the Bible was Ephesians 3:14-21: “For this reason I kneel before the Father, from whom every family in heaven and on earth derives its name. I pray that out of his glorious riches He may strengthen you with power through his Spirit in your inner being, so that Christ may dwell in your hearts through faith. And I pray that you, being rooted and established in love, may have power, together with all the Lord’s holy people, to grasp how wide and long and high and deep is the love of Christ, and to know this love that surpasses knowledge – that you may be filled to the measure of all the fullness of God. Now to him who is able to do immeasurably more than all we ask or imagine, according to his power that is at work within us, to him be glory in the church and in Christ Jesus throughout all generations, for ever and ever! Amen.”