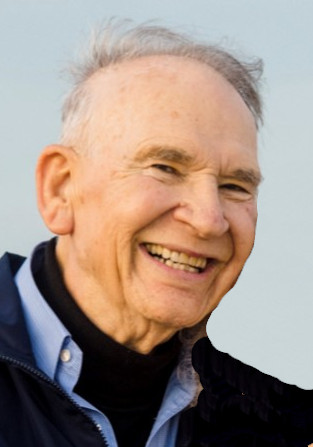 On Tuesday, November 2, 2021, Edwin James “Jim” Gaul, loving husband and father of seven children, passed away at the age of 81. He was born in Philadelphia, Pennsylvania to George and Gladys Gaul. He married the love of his life, Gail Onimus Gaul, on June 16, 1962. At the time of his death they had nearly 60 years of wedded adventures and joy.

Jim completed his masters degree in nuclear engineering at University of Arizona. His work focused on protecting men and materiel in the field from nuclear threats. He was a staunch patriot and felt grateful for being a citizen of the United States. He served in Vietnam in 1968 as a second lieutenant in the Army.  He continued with the military before retiring with the rank of Lieutenant Colonel in 2002.

He became a member of the Church of Jesus Christ of Latter-day Saints in 1961 and was sealed to his wife for time and all eternity in the Washington D.C. temple in 1986. He served in many capacities for the Church including as bishop and most recently as a temple worker in the Meridian temple. He delighted in spending time with family including camping trips, Saturday home projects, or at the shooting range. At Christmas he loved to read Charles Dickens’ “A Christmas Carol” out loud to his children, grandchildren and great-grandchildren, a tradition he started over 50 years ago. He was always smiling and always willing to help anyone in need. Every home owned by his children or grandchildren was improved with “Poppop’s” carpentry or electrical skills.

Jim was preceded in death by his parents, his brother Jon, his sister Beverly, and his daughter, Rachel. He is survived by his wife, Gail, and six of his children: Rebecca (Paul), Amy (Rob), James, Adam (Cassidi), Fay (Brandon), and Emily (Kelly).

You will be missed every day, Poppop.

We are grateful to have been blessed with your love, your positive energy, and your infectious smile. Rest in peace until we meet again.