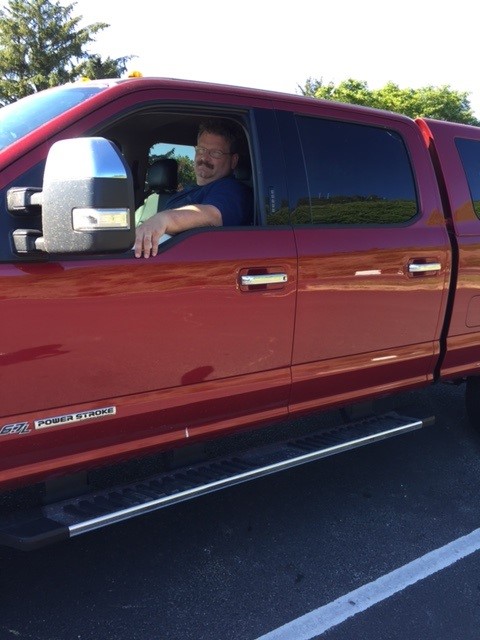 Edward Allen Hess, Jr. passed away on Wednesday June 16th, 2021 in Middleton, Idaho of Heart failure, he was 53.

Ed was born on October 30th, 1967 in Aurora, Illinois. He graduated from Oswego Community High School in 1986. He was captain of the football team and was on the wrestling team throughout high school. He attended Northern Illinois University, and Phoenix University graduating with a BA degree.

His interests were Football, football, and football. He was an avid and loyal fan of the Chicago Bears.

He dreamed of someday meeting Mike Ditka, as he respected his coaching, playing abilities & skills. He also loved the Chicago Cubs (the White Sox did not exist to him). Wrigley Field was the only place to really watch a baseball game and the place to enjoy delicious Chicago hotdogs (ketchup banned, of course).

He also loved Ford trucks and had owned several, his most recent a 2017 F250 Diesel. His wife used to tease him that if the pickup or she were drowning, he would choose the pickup (of course that wasn’t true, but it always made him laugh) Chevrolet, GM & Dodge were not REAL trucks, only Ford.

Ed was a loving and loyal husband, friend & family man. He was fiercely protective of all his loved ones, no one ever dared mess with anyone he loved. He made friends wherever he went and if you were lucky enough to be his friend, you were a friend for life. If he didn’t like you, it wasn’t a surprise and you knew it.

He enjoyed traveling and in his twenties, drove around the country several times. He could get cabin fever easily so driving was a favorite hobby. His favorite spots were Yellowstone Park, Glacier National Park & Hawaii.

Ed will be sorely missed, his smile, laughter, sense of humor, love of life. He made every day brighter and full of joy. I cannot wait to be reunited with him in heaven.  I loved him so very much.

He is also survived by his Mother In Law & her husband, Doris & Weldon Powell of Coeur d/Alene, Idaho