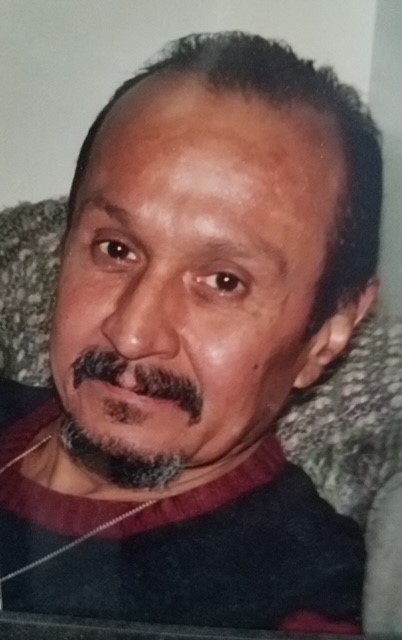 Earl R. (Duke) Morris, 74, passed peacefully on August 10, 2021 after a heroic battle with liver disease. A native Idahoan, he was born in Nampa on May 31, 1947, the second son of Thomas Richard Morris and Cruzie Tomása Peña Morris.  Earl was raised in Assembly of God churches and baptized at a young age.  In his later years, he renewed his faith becoming a devout believer in God’s word and a member of the New Life Christian Center in Emmett.  One of his proudest achievements was reading the Bible cover-to-cover fourteen times.  He was a tremendous prayer warrior praying for hours on end for family, friends, and neighbors with any need.

Earl was never much for formal schooling.  Instead, he attended the school of hard knocks using his street smarts and quick wits to get ahead.  Earning his GED when he was well into his 60’s was another source of pride for Earl. He was also proud to be one of “The Morris Brothers”, a title that sent chills up the spines of any boy who dared show interest in his sisters.  Earl was amazingly tough for his size and could not abide racist taunting from anyone. He more than held his own during the terrifying weekend “rumbles” on our front lawn when football jocks dared to take on the Morris’s. Earl earned his nickname Duke later in life while incarcerated and enjoyed his OG status which God cleverly used to enable Earl to share his redemption story with younger inmates.

Earl was not just a fighter. He was a lover.  Handsome, charming, a sharp dresser, a biker, and a drummer in rock bands, he was the consummate bad boy who stole the hearts of many women throughout his life. Earl was truly a rolling stone who never married or had children.  It seemed wherever he laid his hat was his home until he met Dawn Ferdinand in 2011.  It was with Dawn that Earl finally put down roots and she became his heart and soul. The best years of his life were spent helping Dawn create the appropriately named Kiss My Ass Ranch in Emmett.  He loved caring for the mules, goats, chickens, French Bulldogs and crops they raised to sell.  They worked hard and played hard. Dawn introduced Earl to rafting, backwoods camping, and trail riding. They enjoyed fishing and taking motorcycle trips. It was a time of peace, joy, and sobriety found after decades struggling with addiction. Dawn and Earl shared everything, especially the same biblical values which carried them through the worst times and held them tightly together.

From an early age, Earl loved cars and vehicles of all kinds so it was no surprise that he earned his living as a master auto body man and painter. He was left-handed and expert at adding custom pin striping and backdraft flames to cars, trucks, and motorcycles. He worked on and off at a variety of car dealerships and collision repair shops as well as Boise Kenworth Sales and Idaho Peterbilt Trucks. He could paint anything, even aircraft, semi-trucks, and heavy equipment. In his last years, he was self-employed under the name Hard Ass Paint as Duke E. Morris.  His final projects were restoring his brothers’ flatbed truck and making his old riding lawn mower and a neighbor’s horse trailer look like new. The past four years, Earl took his artistic talent in a new direction as a Gourd Artist.  He transformed common gourds through many hours of painstaking effort cleaning, sanding, and then carving, painting, staining or wood burning designs to create unique works of art. Earl was humble about his talent and pleased when others admired his work. This creative outlet was a time of solitude and reflection which helped Earl cope with the fact his health was now failing.

Earl valiantly fought liver cancer only to discover the damage to his liver was terminal. Although there was much more he still wanted to experience, he courageously accepted responsibility and consequences for past choices without complaint.  While we are heartbroken, we rejoice with Earl that he is blissfully free and feeling better than he ever did in earthly life.

Earl was a beloved brother to his five siblings:  Carl T. Morris, Daniel L. Morris, Burl R. (Mari) Morris, Nampa; Virginia I. Morris, Garden City; and Mary C. (Jim) Harker, Boise. He was a much-loved uncle to his nephews and nieces who were his surrogate children.  He was preceded in death by his parents, his brothers Carl and Daniel, his niece Ana Peltier, his paternal grandparents Ervin and Winnie Morris, and maternal grandparents Augustine, Delores and Isabel Peña.

A celebration of life will be announced at a later date.

A celebration of life will be announced at a later date.