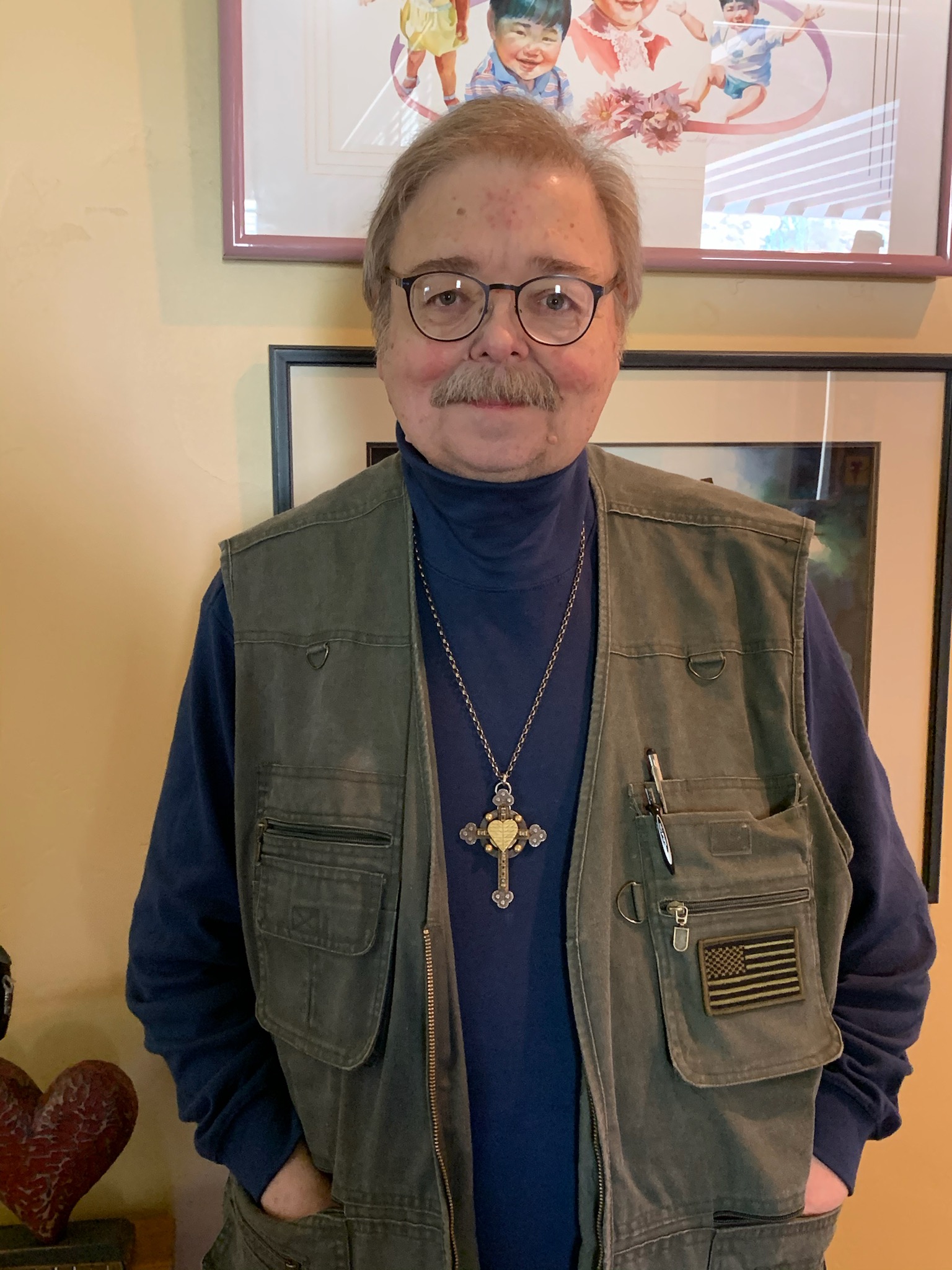 Douglas Lee Park, 70, of Boise, ID died January 3, 2021 at St. Luke’s Hospital in Boise after suffering unexpected complications from a surgery. Doug will be remembered most for his boundless capacity to love – he touched so many lives and he had endless room in his heart for his friends and loved ones.

Doug was born in September 1950 in Oklahoma City, OK to the late Sonny Lee and Mary Louise (Roselle) Park. Doug grew up in Oklahoma, Texas, Iowa, and Nebraska with his twin sister Daryl. It was rapidly apparent to the family that Doug shared his father’s puckish sense of humor (much to his mother’s chagrin). He often fondly recalled his many pranks, including the time he put a speaker behind the toilet and used it to scare his mother when she was in the bathroom.

Doug’s entrepreneurial streak began to emerge early in life. As a high schooler, Doug and Daryl founded a coffee house/meeting space for fellow students. After graduating from Valley High School in West Des Moines, IA in 1969, Doug attended the General Motors Institute (now Kettering University) in Flint, MI, where he studied management and organizational development. Doug was an active member of the Sigma Chi fraternity, and enjoyed connecting with his fraternity brothers for the rest of his life.

After completing his degree, Doug worked for GM and split his time between Flint and St. Louis, MO. It was in St. Louis that he met Cynthia Lynn Chaney. Although initially skeptical, Cyndy soon agreed to go on a date with him. The two were married August 16, 1974 in the Old Cathedral beneath the St. Louis Arch.

The couple lived in St. Louis before moving to Lafayette, IN, where Doug studied organizational communications at Purdue University. Later, Doug and Cyndy lived in Denver, CO and Portland, OR, before finally settling in Boise, ID in 1987.

Doug and Cyndy expanded their family with the adoption of two children from South Korea. Emily arrived in the US in August 1986 and was followed by Nicholas in November 1987. Doug was a devoted, loving, supportive father and husband and was deeply interested in every aspect of his family members’ lives. Doug was also a loving uncle to his niece and nephew, Amber and Adam, especially following the loss of his twin sister in 1989.

In his professional life, Doug spent 16 years working for Boise Cascade before breaking away to found his own company in 1993. With his company SWCC, Doug acted as a consultant guiding companies through change and improving communication and performance evaluation within organizations. In 2001, he founded Eagle Teams, a team evaluation and management system.

In addition to his wildly successful career, Doug was committed to improving education for Idaho schoolchildren. For many years, Doug was a passionate volunteer with the Boise School District, and served as a member of the Board of Trustees from 2013 to 2018. Later, Doug was also a member of Governor Little’s task force on education, where he was deeply committed to making sure Idaho children receive a quality education amidst a pandemic.

Doug was also heavily involved with mentoring young people. He particularly enjoyed working with young entrepreneurs and businesspeople at the beginning of their careers, and he was a formative influence in the lives of countless young Idaho professionals. Many of the people he mentored became dear friends, and he viewed them as extensions of his family.

In his free time, Doug’s interests were wide-ranging. He was an avid reader and was always interested in politics. Other interests included bluegrass music, architecture, American history, photography, and the study of philosophy and ancient religions. Doug was talented in the kitchen, and highly enjoyed cooking both indoors and outdoors. He had an amazing ability to make perfect pizza dough from scratch without measuring a single ingredient. He was also enthusiastic about art of all kinds, ranging from classic masterpieces in the museums of Paris to craft projects of highly dubious quality made by his daughter. His interests were often idiosyncratic and endearing, although occasionally exasperating to the family – such as the time that he insisted that everyone sit through the Hall of Presidents show at Epcot Disney World, multiple times in a row.

Although Doug enjoyed travel to all kinds of places, his absolute favorite place to visit was Stanley, Idaho, where he would often be found sitting on the porch of Redfish Lodge, reading a book and looking out over the lake (or, in one memorable incident, falling out of a canoe to the entertainment of Emily, Nick, and everyone on the beach and the embarrassment of Cyndy).

Doug was a deeply spiritual person and his beliefs encompassed multiple faiths, reflecting his upbringing in the Episcopal Church, his time as an adult in the Catholic Church, and his lifelong studies of the Jewish, Buddhist, Daoist, and Hindu faiths.

Doug is survived by his wife of 46 years, Cyndy; daughter Emily (Brian) of Madison, WI; son Nick of San Diego, CA; and niece Amber (Steven) of Gilmer, TX. In addition to his immediate family, Doug is also survived by the countless people whose lives he touched and the many, many close friends that he considered family.

Doug always said he wanted his funeral to be a party full of joy, and that he wanted his ashes gleefully thrown off the top of Splash Mountain at Disney World. However, because neither of those things is possible right now (and one of those things is very much not allowed), the family has decided not to hold a memorial service at this time and instead wait until it is safe to gather and celebrate Doug in the way he deserves.

In lieu of flowers, the family asks that donations be made to the Boise Schools Foundation for use in their civics programs: https://www.boiseschoolsfoundation.com