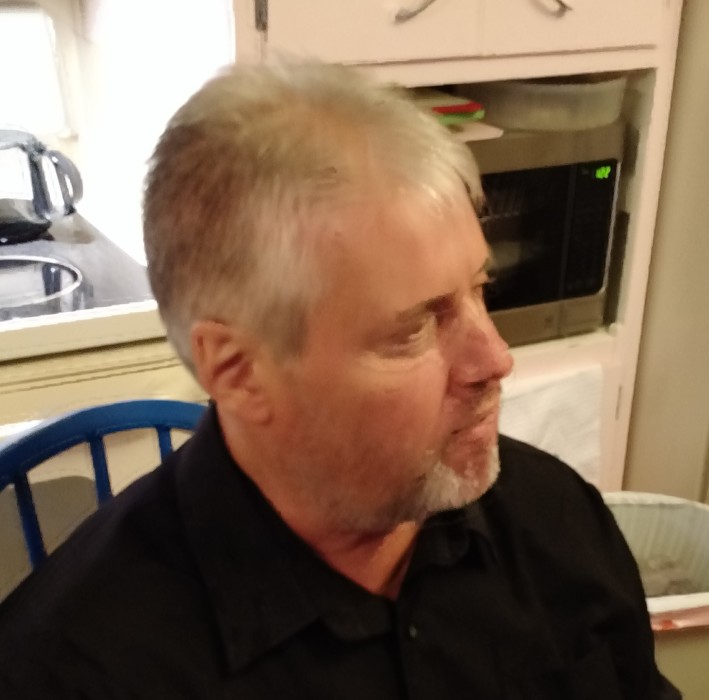 In 1958, Frank and Eleanor Bitton, and their son, Hal, were living in Butte, Montana.

It was on April 24th of that year that their second son, Douglas Campbell Bitton was born.

In 1960, his Dad’s work as an insurance claims adjuster took the family to Eureka, California. During the years in Eureka, Doug enjoyed playing with neighborhood friends, as well as going on many family adventures into the redwoods and the beautiful coastal areas of northern California. The family had a favorite burger joint in Eureka called Little Joe’s. When eating in the car, Doug’s methodology involved kneeling on the back seat and disassembling his burger on the rear window ledge, and then consuming the components individually (usually upper bun-patty-lower bun). This pioneering technique was eventually adopted by all of us siblings (much to Dads chagrin, as we were usually in a company car).

In 1966, the family moved to Boise, Idaho. Doug had a cadre (caw-dree) of wonderful friends through his teen years that spent many a day at the family house on Ethridge Ln. Activities on these days often included such boisterous things as stripping down to the waist and “pumping iron” using heavy rolls of tar paper, bags of cement, or anything else at hand. There were also great times camping, boating and water skiing with family and friends.

Doug attended Cole Elementary, Fairmont Jr. High and Capital High School. During his high school years, Doug worked as a hod carrier for a local mason. After finishing high school, Doug worked for his Uncle Max in the Sawtooths for one summer, harvesting fence poles. Then he moved to Phoenix for a year to work for a family friend.

After returning to Boise, Doug went to work for the Idaho Statesman in the printing room, where he became expert at running the various machines. Because of his extraordinary memory, analytical skills, and mechanical knowledge, when the big press went down, Doug was the go to guy to get it back up and running.

Doug had an unbelievable attention span, which allowed him to drill down into a subject and analyze the tiniest of details at great length. He and his brothers had many great conversations about all things mechanical into the wee hours after others had long since lost interest. Bruce and Hal enjoyed every one of these conversations with Doug.

Doug and his dad shared a love for BSU football. When watching a televised BSU game, he preferred to turn down the TV volume and listen to Paul J. Schneider’s game commentary on the radio…which could be quite comical as the two mediums didn’t always sync.

During the eight years after his dad’s passing, Doug lovingly cared for his mom, and doggedly watched over the entire property…he was the best security guard she never hired. His entire family will always be grateful for the time and energy he devoted to her.

While Doug sometimes came across as a bit gruff, he was a very kind person, and was quick to forgive.

Doug’s family would like to thank Bill and Shaneen Jensen for the help and companionship they gave him, especially after his Mom’s passing. It meant a great deal to him

Doug will be missed dearly by his family and friends, but we take comfort in knowing he is joyfully reunited with his parents and brother in heaven.