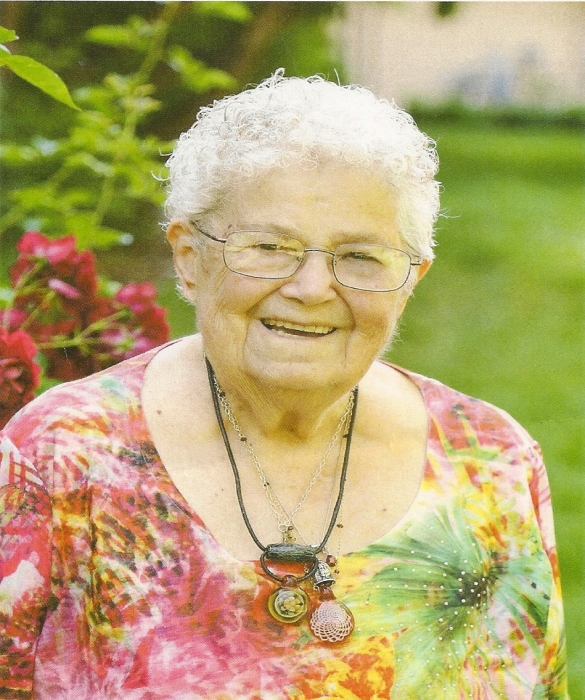 Born as Dorothy Grace Windle in Payette, Idaho to Burrell T and Elizabeth C Windle on May 24, 1925.  Dorothy grew up on the Little Willow ranch with her older sister, Ellen, attending the one room school until her family moved from Little Willow into the town of Payette when she was about 11. Dorothy continued her education in Payette schools.  Dorothy was especially proud of the fact that her paternal great-grandfathers were Idaho pioneers, settling in the Payette area in the 1860’s.

Besides raising 11 children Dorothy worked outside the home in many different jobs, selling Beeline clothes at home parties, waitressing and bartending, owning her own bar at one time, working the sorting line at the onion sheds, taxi driver and owner, feeding firefighters through catering service for wildfires and at Holy Rosary Hospital In many positions with the last as a dietitian. She was an Avon lady for many years until her retirement in her 80’s.

Dorothy loved music, playing pool, fishing, darts, animals, bowling, competing in both pool and dart leagues and earning her certification as a bowling instructor and traveling pretty much anywhere enjoying multiple trips with her children in Hawaii, Las Vegas and most recently Yellowstone, South Dakota and Montana. Dorothy was also a huge Boise State football fan enjoying her tailgating parties to watch their games. There is nothing Dorothy loved more than spending time with her children, grandchildren and great-grandchildren or great-great-grandchildren.

Dorothy was a long-standing member of the Eagles lodge in Payette, holding many offices throughout her membership and chairing or working on numerous fund raisers and the Lion’s Club.

The family would like to say a special thanks to the First Choice Hospice team and to the staff who were especially helpful to our Mother at Arbor Village at Hillcrest.

Services to be provided through Bowman’s Funeral in Garden City, Idaho.