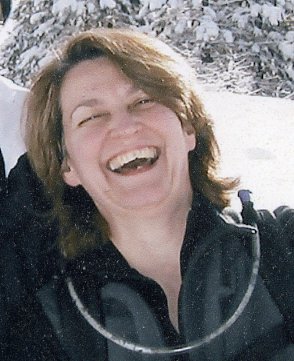 Donna Marie (Wiechmann) Swirczynski was born in Sauk Centre, MN on Wednesday, June 9, 1954 to Walter Joseph and Helen (Mareck) Wiechmann.  Donna was the third of six children and grew up loving music, literature, and art.  After graduation from Sauk Centre High School, she began her long love affair with nursing as a nurse’s aide at Melrose Hospital in Melrose, MN.

At the age of 19, Donna started her adventure, moving to California with a short time spent in Japan.  She continued to work as a nurse’s aide.  When she was not working, she visited the many natural and historical sites in the areas she lived.

In 1979, Donna moved to Casper, WY where she furthered her nursing education, earning an Associate in Nursing degree from Casper College and became a Registered Nurse (RN).  Casper was also where she met her husband of 38 years.  Donna married Paul Paris Swirczynski on Friday, November 23, 1984 in Boise, ID.  Donna and Paul have been residents of Boise since 1985.

In Boise, Donna joined the nursing staff at Saint Luke’s Hospital where she retired as a clinical nurse specialist working in the NICU (Neonatal Intensive Care Unit).  She advanced her education earning a Bachelor of Science in Nursing (BSN) from Boise State University and was inducted into the Honorary Society of Nursing, Sigma Theta Tau International – MU Gamma Chapter.  She actively sought ways to improve practices used in the NICU becoming a co-investigator of “The Physiological Effects of Sound on the Infant in the NICU”.  With the group, she collected data, analyzed results and presented them at conferences of the National Association of Neonatal Nurses.

She continued her education, earning a Master of Science in Clinical Nursing from the University of Missouri and a certification from the AACN (American Association of Critical-Care Nursing) in Acute Care – Pediatrics (ACCNS-P.)

In her free time, she organized two book clubs and was a perennial member of “Shakespeare in the Park.”  She loved to tend to her flowers, especially her roses.  She quenched her love of nature by cross country skiing on trails in the local mountains or driving through back country roads.  For adventure, she stretched her comfort zone by learning to Kayak through white water rapids, skiing up to yurts for long weekends, and backpacking in the sawtooth wilderness with her brother.  She also travelled with her family and friends to Germany, Machu Picchu, the Galapagos, Italy, and Antarctica (where she took a true polar plunge!)

Donna passed away in her home on Wednesday, November 24th at 8:30PM surrounded by her family.  In lieu of flowers, please make donations in Donna’s name to St. Luke’s NICU.  https://www.stlukesonline.org/about-st-lukes/donate-or-volunteer/make-an-online-donation