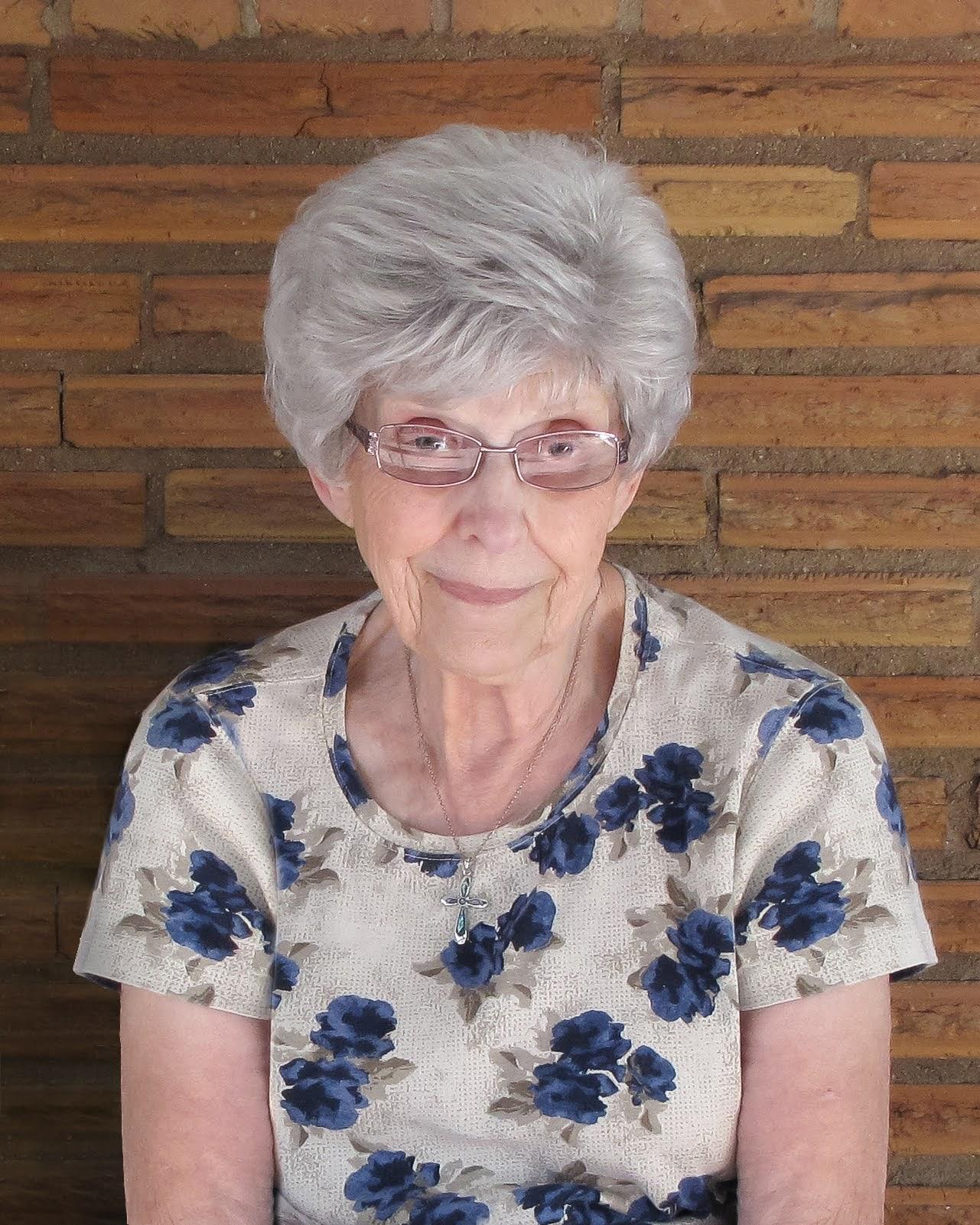 On January 20, 1934, a tiny baby girl was born to Robbie and Anna (Taylor) Odoms.  They named her Donna Carole.  When the doctor told them that their little one probably wouldn’t live long, Anna took matters into her own hands.  She concocted a formula consisting mostly of sweetened condensed milk and carefully nursed Donna to health.

The ravages of the Great Depression were still being felt as Donna grew up.  Rationing followed due to World War II.  She sometimes shared stories of those times, such as the day her mother made fudge from some precious rationed sugar.  Donna was thrilled to be allowed to carry the cut glass plate of candy to the table, but somehow, she dropped it and the plate shattered.  Her mother knew how horrified Donna felt.  There was no scolding; the family carefully picked up every shard of glass and enjoyed the fudge anyway.

She recalled one summer during high school, a time when hired farmers like her dad got paid once a year and had to make do until harvest and the annual payday.  Things were a little tighter than usual that year, so she, her sister, and her mother went to a strawberry farm and picked berries every day.  They would leave with enough money to buy food for dinner and gas to return to the strawberry field the next day, and occasionally they had a few cents left over.

Mom often told the story of walking to school during winter storms with a baked potato in each coat pocket to keep her hands warm, and then eating the baked potatoes for lunch.

Donna attended Hale School, a two-room facility.  She enjoyed time with her older sister, Kathryn, and with friends and cousins.  The family moved to Vale for a couple of years, then returned to Weiser where Donna finished her education.  Later, she liked to mischievously tell people she graduated from Hooker Hall, a High School building located at the Weiser Institute.  After graduation, she worked for Clark Wholesale and later for the Metropole cafe, where she enjoyed waiting tables and providing her customers with great service.

Donna met Harvey Jay Williamson (Jay) in Weiser, Idaho, and they were engaged just before Jay went to work in the shipyards in Bremerton, Washington.  Their engagement and wedding plans consisted of frequent letter-writing between Bremerton and Weiser.  Donna felt that they got to know each other better through those letters than by actual dating.  Their wedding took place in Weiser, Idaho on June 7, 1955.

Donna and Jay were a great team.  They lived in Bremerton for about a year, then moved to New Plymouth, Idaho. They lived in a little two-bedroom house built by Jay and his father.  Jay worked for his family’s roofing company, and when roofing was slow, he moonlighted at the sugar factory in Nyssa.  At the same time, he was completing his bachelor’s degree at the College of Idaho.  Donna helped Jay with his college work by making sure he had time for homework, proofreading his papers, and typing those papers for him once they got a typewriter.

As the family grew and Jay finished college and changed his career, the family moved through a series of houses in New Plymouth, Orofino, Gooding, and Boise.  One of those houses was built by Jay with help from his father and brothers; he remodeled or added onto all the rest of their homes.   Donna was his partner in planning them.  She loved furnishing and decorating her homes and would move furniture often (sometimes more than once in a week) to achieve different looks.  Occasionally, a family member returning home late would stumble over the newly arranged furniture in the dark.  Donna was still moving furniture a week or two before her passing.

She worked tirelessly to make each house a home, most especially by nurturing the family in those homes.  She taught us to work and also made things fun: letting us slide in our socks on the freshly-waxed wood floor to polish it, showing us how to roast marshmallows over a gas stove burner, making hollyhock dolls, cooling our hot cocoa with a scoop of ice cream instead of milk.  She always had treats on hand for kids, grandkids, great-grandkids, and other visitors.  She excelled at listening and had a sixth sense about what was going on with her children, whether we told her what we were up to or not.  She attended concerts, sports events, school functions, plays, speeches, and anything else we were involved in.  She always gave support and encouraged us to try new things.

Donna was an avid reader and emphasized the importance of reading – she wanted to be a mystery writer when she was younger – and obtaining an education.  She looked at the graded papers we kids brought home, congratulated us when the grades were good, consoled us when they weren’t (if we had put in appropriate effort), and encouraged us to always do our personal best.  She also recognized that we all had different talents, abilities, and interests. She pointed out regularly that no one is perfect or even good at everything and that she would support us with whatever education and career choices would fit us best.

Besides reading and moving furniture, Donna enjoyed time with family, visiting with friends, bowling, watching old movies and television shows, walking, and spending time with Jay.  She thoroughly enjoyed spoiling several dogs over several decades.  She never lost interest in the people around her.  For many years, she looked forward to working with friends and neighbors at the polls during elections.  She belonged to The Church of Jesus Christ of Latter-Day Saints. In her callings, she worked wiith Primary children and Cub Scouts, and she served for over 20 years in her ward’s library.  She was a great visiting teacher for many years.

She passed away quietly at her home on the night of July 31/August 1.

Mom, we love you!  Nobody listens the way you do.  Thanks for everything, and we hope there are furniture sliders in heaven!

Donna is survived by her children, Shelley (Mark) Henningfeld, Janelle (Paul) Kuespert, Alan (Terri) Williamson, Bob (Kim) Williamson, and John (Laura) Williamson, 18 grandchildren, and 22 great-grandchildren, along with many nieces and nephews.  She was preceded in death by her husband, Jay, her parents, her sister Kathryn Johnson, and her brother Robert D. Odoms.  Funeral services will be held August 23, 2022.  Those who wish to visit briefly prior to services are invited to meet at Bowman Funeral Home, 10254 W. Carlton Bay Drive, Boise, Idaho at 10 a.m.  We will proceed to the Veterans Cemetery for a graveside service.  Please arrive at the cemetery by 10:45. There will be a luncheon for family and friends at the funeral home following the service.