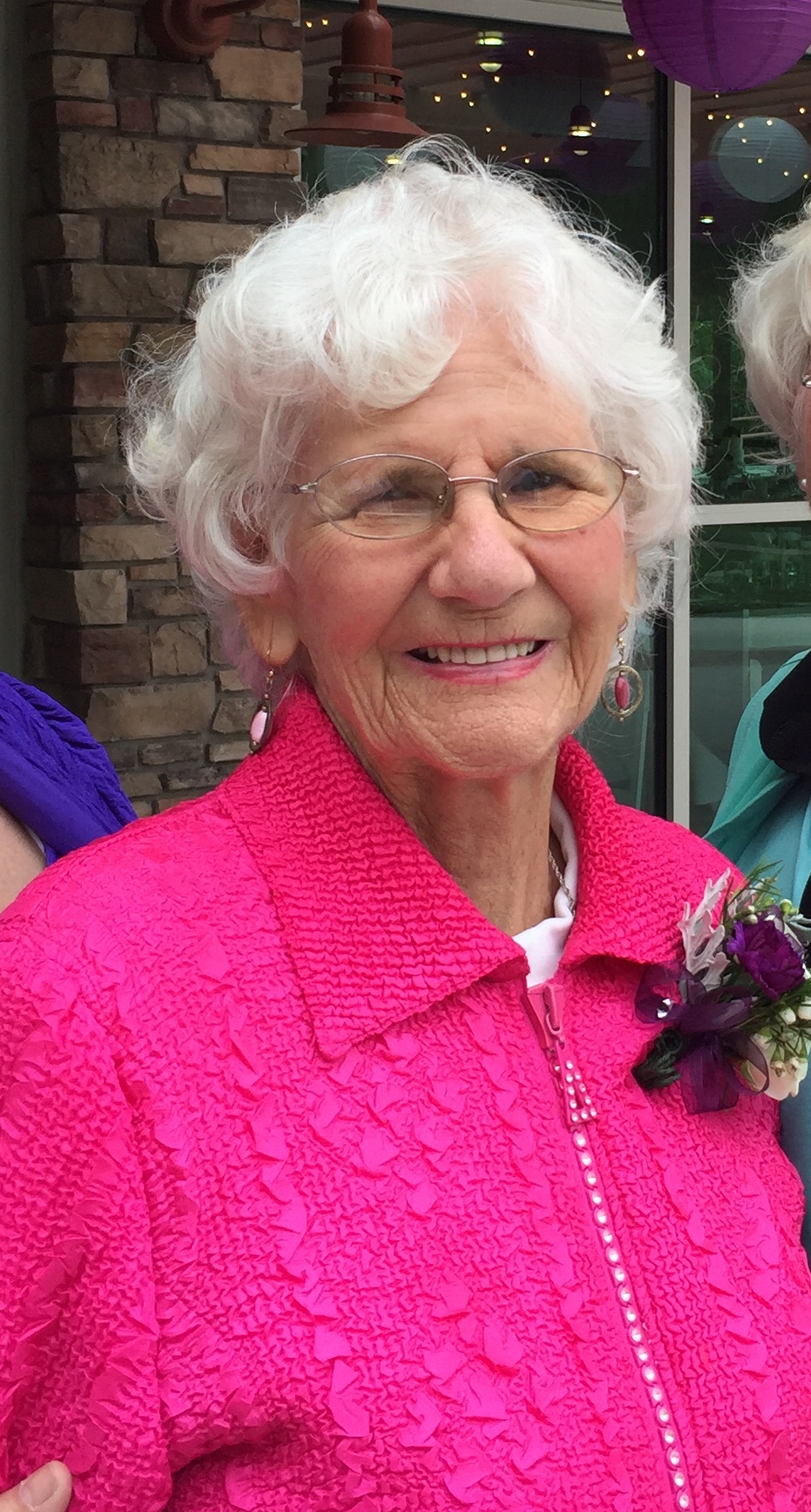 Donna (Deal) Anwiler, Aug. 9, 1926 – Jan. 19, 2020, died peacefully in her sleep at her home in Boise, Idaho, with family at her side. Donna, 93, was born in Keewatin and graduated from Greenway High School in Coleraine. She married her first husband, Bill Anwiler, on March 9, 1946, and they had five children: Kathy, Jerry, Barbara, Judy, and Billy. She and Bill operated a successful dairy farm together, first near Deer Lake and later for many years on Highway 46 north of Deer River. Donna was a longtime member of the Deer River Methodist Church and was a 4H leader for 18 years. She spent the past 40 years living in the western United States, spending time being with Family, and Friends, dancing, and fishing. For 27 years she and her current husband, George “Geo” Patterson traveled and had many adventures together.
Donna was the very definition of the Greatest Generation. She approached every difficulty with cheerfulness and practicality, and was always sweet and had a smile. Donna never gossiped and never said a bad word about anyone. When she gave her opinion, it was always insightful. Donna was a person of strong faith, believed in the power of prayer, and lived by the Golden Rule. Her family was the center of her life.
Born into a musical family, Donna loved to sing and play the guitar. She also had a passion for tap dancing and performed for a wide number of audiences. Donna loved Guy Lombardo’s rendition of the song, “Enjoy Yourself (It’s Later Than You Think).” She made many friends through dancing and playing cards.
She is preceded in death by her parents, Clarence and Alma; former husband, Bill; two brothers, Douglas and Keith; and her son, Jerry. She is survived by daughters Kathy, Barb, Judy, son Billy, and her brother, Duane. She is survived by 11 grandchildren, 22 great grandchildren and one great, great grand child. They all loved her dearly, and will miss playing cards with her and listening to her stories and wisdom. Services for Donna will be held Jan. 27, 2020 at 12:00 pm at Bowman Funeral Parlor located at 10254 W. Carlton Bay Dr. Boise, Idaho. Condolences may be left at www.bowmanfuneral.com.