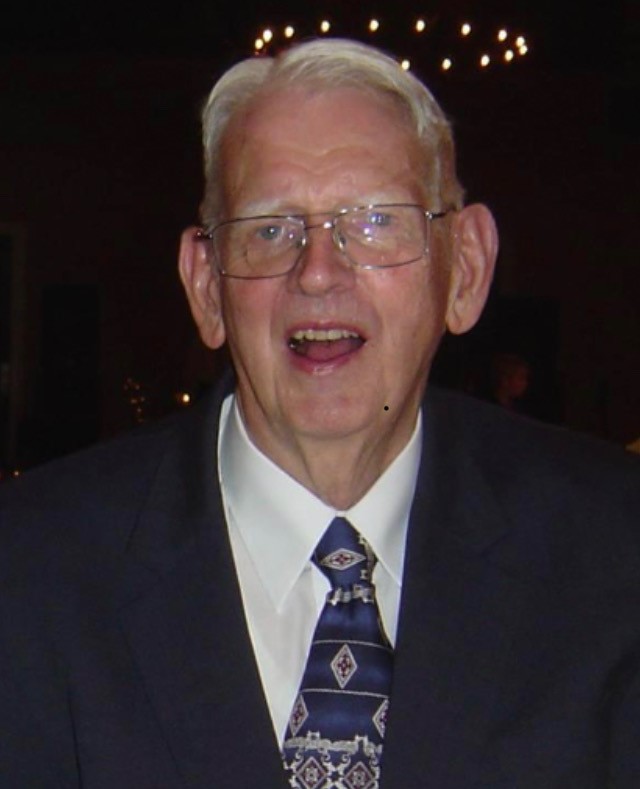 Donn Van Stoutenburg, 93, formerly of Westerville, Ohio passed away of natural causes at his Star, Idaho residence Saturday, August 14, 2021. He was born July 11, 1928, in Norwalk, Ohio, the son of Alice Marie (Robinson) and Aubrey Ward Stoutenburg.

Preceded in death by his first wife and mother of his children, Mary Jacqueline Kimmins, daughter Judith Lynn (Doug) Stanton, and his parents.

From an early age, Donn showed talent for taking things apart and fixing them.  This aided him lifelong as he happily helped friends and family with all kinds of DIY projects.  He earned Bachelor of Science and Master of Science degrees in Electrical Engineering from Ohio University.  Donn served in the United States Air Force between 1951 and 1953, being honorably discharged with the rank of 1st Lieutenant.  He led a long and successful career in electrical engineering, finally retiring at the young age of 80 as a Principle Analog Engineer at Rockwell Automation and after being named on seven patents.

Donn was a long-time member of The Church of Jesus Christ of Latter-day Saints, active in many callings and capacities at the ward and stake level.  He had a passion for genealogy and family history, and enjoyed sharing his findings with friends and extended family.

A private memorial service will be held for Donn.

Contributions in his memory can be made to The Church of Jesus Christ of Latter-day Saints humanitarian aid funds or the Aspergers/Autism Network.