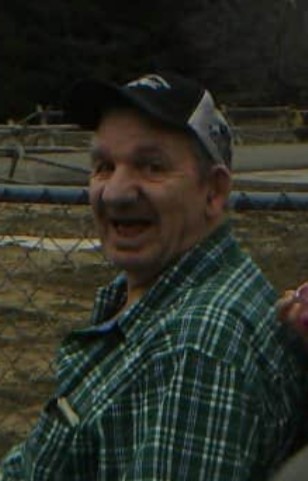 Donald Taylor was born on June 15, 1937 in a three room log home with no electricity in McClure, Virginia to Bessie Mae Sexton and Joseph Taylor.

Donald was one of thirteen siblings, including his twin brother Arnold. He attended school at the deaf and blind school in Staunton, VA. Don and Arnold were inseparable and shared that special twin bond their entire lives.  They loved to argue and cuss at each other.  They got into a lot of mischief in their 83 years together. The two of them together were a redneck comedy show, always entertaining the group. If you met Don, imagine the two together. A piece of Donald went with Arnold when he passed away in April of 2021. They are now back together causing trouble.

The twins left Virginia together when they were only 19 and hitch hiked to Idaho for work. He talked mostly of his job in the coal mines and farming.

Donald met his wife Marilyn Bennett Paris in 1965 In Blackfoot, Idaho and the two married quick.  He loved and raised her three children as his own. Don had a daughter Linda from a previous relationship also.   They lived in the Blackfoot area until the late 70’s and then the family moved to Bliss, Idaho for a farming job for Don.  They finally settled on a farm north of Gooding for many years, where they loved to have their family and friends visit and created many memories.  Although if you visited the farm you were probably sent to milk a goat, collect chicken eggs, or gather vegetables from the garden.

Don loved his grandchildren more than anything and loved to spoil them. He never told them no, until his later years when he was a little bit grouchier.  He may not have had much, but whatever he had he would happily give them. He and Marilyn divorced after nearly 40 years together but remained good friends and talked almost daily until Marilyn passed away in 2016.

Donald shared a special bond with his two grandchildren Joey and Rosey, whom he and Marilyn helped raise.  Rosey poured her heart and soul into caring for Don and battling his health conditions for the past thirteen years. Donald was the true definition of stubborn and Rosey was usually the only one who could get him to listen.  The bond between the two will forever be unbreakable. Don loved to fish and teach his grandkids to fish and expected them to gut it if they caught it. Many Fishing Trips with his in-laws, kids and grandkids were made during his life. They loved to drink Grandpa’s favorite pepsi or mountain dew with peanuts in it as a special treat during the fishing trips.  Donald loved music and loved to dance and sing and play the guitar, he couldn’t carry a tune in a bucket, but he never listened to anyone’s opinion and played his guitar for hours a day making up songs as he went anyway.

Don has resided at the GraceHill Apartments since 2009 where he made many special friendships over the years. He might have thought he was the boss there most days.  He picked up the game of pool while there and loved spending hours playing.

He was ornery and loud until his very last day, but he truly had a heart of gold. If you had the chance to know him, you loved him.  He loved to flirt with the younger ladies. If he didn’t give you a hard time, he didn’t like you.

Donald is survived by his Granddaughter Roseanna (Rosey)(Gabriel) of Wendell and their children, Keegan, Kaleigh, Kyah, and his little sidekick Jaxon. His Grandson Joey (Leslie) of Twin Falls and their children Haylee and Jacob.

He leaves behind his daughters Linda(Samba) of Blackfoot, Barbara(Eddie) Wendell, Lily (Robert) Twin Falls and his son Alvin( Marjorie) Eden. Grandchildren Mary(Jason), Virginia(Matt), Jennifer(Martin) Nicole (cody) Chrissy (Roy), Trey, Cierra, Bobbie, Lisa, China, Elijah, Robert, along with many more great grandchildren and Special nieces who he adored, JoJo, Jamie, Laura all of Blackfoot, and many special friends who helped look out for him as his health failed.

The dash between the day Donald was born and the day he was called home was truly lived to the fullest with a lot of love and laughter along the way. Crazy Grandpa will be missed beyond measure and our hearts are broken here, but we are happy that he is free of pain and now fishing in the best ponds in heaven.