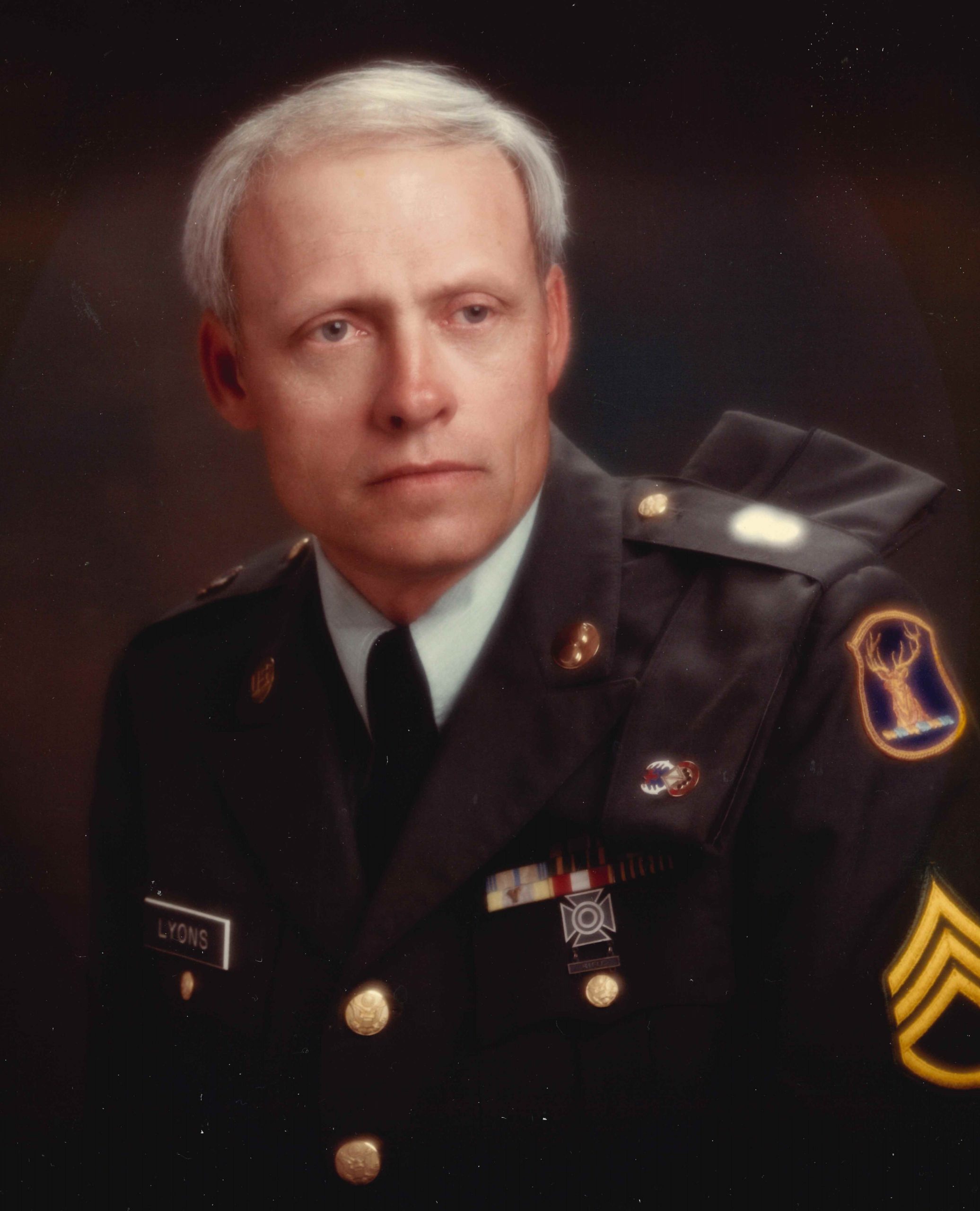 Donald Neal Lyons was born August 16, 1942, in Omaha, Nebraska, to Ira Neal and Mary Alice Lyons. He moved with his family to Idaho in 1957 where he attended schools in Boise. Don began serving his country right out of high school and received his welding certificate. He received an Honorable Discharge from both the California Army National Guard in 1964 and the United States Naval Reserve in 1977. He spent the remainder of his military career with the Idaho Army National Guard at Gowen Field, and received his E7 Sergeant First Class rank while working as a machinist at MATES. In 1993 Don received recognition for his support in activating and improving the 44E Machinist Program of Instruction by making machine shop equipment and supplies available to Regional Training Site – Maintenance personnel and enabling them to establish and conduct MOS training in very little time. He also provided critical technical expertise to instructors and assisted in solving numerous machine shop problems. SFC Don Lyons received an Honorable Discharge in 2002, and retired from the IANG after 32 years of service.

Don was a man of many trades and talents. He had his own business building trailers; he bought and sold vehicles; he had his own shop, Don’s Garage & Machining; and while working for a company that built artificial voice boxes, he designed and fabricated a machine that reduced steps in building the filters for the boxes. His welding and fabricating skills were top notch. After retirement he became a Rescue Ranger that assisted stranded motorists.

Don’s hobbies were endless. He was an avid BSU fan and held season tickets for several years to football and basketball games. He was a vintage car enthusiast, and loved buying, restoring, showing and selling all models of antique and vintage cars…the faster, the better. His most recent prized possession was his 1980 Pontiac Trans-am. He raced stock cars, #22 of course, at Meridian Speedway and Firebird Raceway in his younger years, and he and his son Dan built a six-cylinder open wheel sprint car in his home shop. He loved racing, and was an integral part of the Lyons Racing team. He also loved motorcycles, and riding with his Soul Zone motorcycle club friends. Don enjoyed people, so you could find him having coffee with his buddies on a Saturday morning, or spending precious time with his kids and grandkids. He loved camping, watching old tv shows, eating popcorn and ice cream, and being with his puppy dogs. He was a member of Calvary Chapel, and before COVID he enjoyed attending services in Homedale. Don simply loved life and was so proud of his family, his kids and their families. He especially enjoyed spending quality time with each of his grandchildren in an individual setting. Don was a charmer with a devilish smile that would win you over fast, and he touched so many people. He was a true friend who would do anything for you.

A committal service with military honors will be held at 2:00 pm, on Friday, February 18, 2022 at the Idaho State Veterans Cemetery, 10100 N. Horseshoe Bend Rd. in Boise.

A committal service with military honors will be held at 2:00 pm, on Friday, February 18, 2022 at the Idaho State Veterans Cemetery, 10100 N. Horseshoe Bend Rd. in Boise.