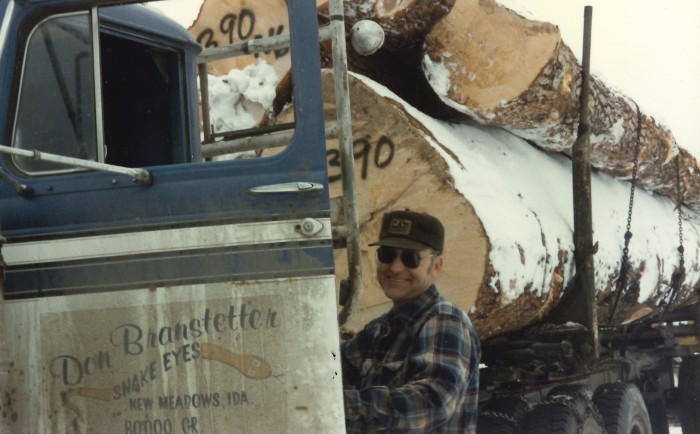 Donald LeRoy Branstetter, 78 of Kuna, Idaho passed away on June 6, 2019 at St. Luke’s Hospital, Meridian, Idaho.
Don was born on July 10, 1940 in New Meadows, Idaho, to Ward and Hazel (Hubbard) Branstetter, the youngest of seven children. As a young man he worked on his father’s cattle ranch and later in the logging industry. He lived his entire life in New Meadows except for two years he spent in the army, and the last seven months spent in Kuna, where he moved for health reasons.
Don met his wife Sotera (Teri) in Denver, Colorado, while he was serving at Fort Carson Army Base in Colorado Springs, Colorado. After he was discharged, he moved his new family of three to his beloved Meadows Valley.
Don was known as a gentle, kind, and easy going man, with a big heart. He spoke well of everyone he met.
Don was a hard worker all his life. He started his career in the logging industry by working at Brown Tie and Lumber; a McCall sawmill. After that, he worked at Tamarack Mill as the “pond monkey.” Later, he drove a logging truck for Deasy Logging, Malavich Logging and eventually for his own business, Branstetter Logging.
Don was preceded in death by his son Wayne, parents Ward and Hazel, two sisters, Dori and Helen, and two brothers, Oscar and Charlie.
Don is survived by his wife of 53 years, Teri, son Gary (Karen), grandson Jeremiah (Therasa), great grandson Lane, granddaughter Kari (Casey), grandson LeRoy , and great grandsons Dylan and Anthony. He is also survived by brothers Bill and Melvin as well as many nieces, nephews, cousins and friends.
A memorial service will be held on Saturday, June 22, at 1:00 pm at the New Meadows School Auditorium with a covered dish luncheon afterwards.