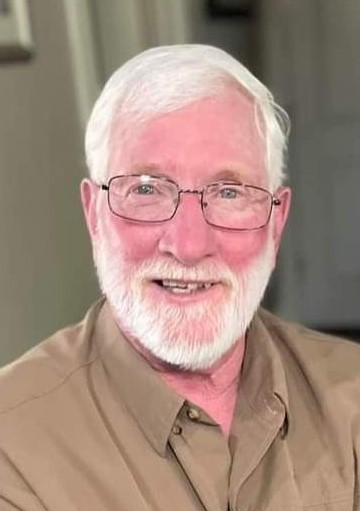 Donald Hazen was finally reunited with the love of his life on October 21st, 2022. His beloved wife, Marilyn Marsh, went to be with our Heavenly Father in 2010, and Don spent the last twelve years talking about how much he missed her. He passed away peacefully after a short illness, surrounded by his step-daughters, grandchildren and other beloved family.

Donald came into this world on June 14, 1952, while making his entrance in the back seat of the family vehicle in Nebraska. His siblings recall being in the front seat and hearing their dad say “come on breathe” followed by a shocking new baby squall. He was the fourth of seven children of Robert and Ethel Hazen. At 2 years of age, he struggled to help bring in the cows and often he got back to the barn after the cows were milked.  Everyone knew he was coming back at his own speed because he was often sidetracked looking down a badger hole or a bird nest on the ground.  Once in the yard, his favorite pastime was catching chickens. Don loved growing up with his large family including several cousins that lived close by.

After their parents bought the first farm just outside of Nampa, the kids were expected to work.  Feeding livestock was the most common chore for Don.   He was not fond of that chore and generally grumbled about having to wear irrigation boots that were too big.  However, in the fall he enjoyed going along to retrieve downed pheasants and ducks.  He was great at hiding under corn stalks when the ducks came in, and even at a young age, offered advice on why someone missed a shot.  When he was big enough to run one of the tractors, he spent a lot of time with his Dad on repairs and learning how the equipment worked. Don learned how to do woodworking, which shaped his later life.  He spent many years working for the local hardware store in Cascade, ID where he established many life-long relationships! You couldn’t walk in there without hearing a “quick” story from him; and he would routinely open the store after hours, just to help a guy out.

When he was not working, Don spent many hours on the mountain.  Some would say Don was a “Mountain Man”.  The man, the myth the legend!  He spent a lot of time untangling his grandkids fishing poles, taking them on 4-Wheeler rides and long, slow drives to scout for elk; which often led to picking huckleberries and mushrooms. His grandkids were his life as he was theirs!  He always enjoyed a good western movie and had a collection of western books.

While he was an avid outdoorsman that loved hunting and fishing, his biggest impact was the relationships he created with his family, friends and community. He was loved and known by so many. He even ran into someone he knew in Mexico on one of his travels with Marilyn. LOL…Addie and Kacie always said, “that man knows EVERYONE!” He never met a stranger, always had time for everyone, and never failed to shake a hand. He routinely “lit up your ears” with the many stories he had to share. His grandkids would sit around him in Awww for hours and listen to him tell his “whoppers”. He was such an inspiration to them and many others! When him and his buddy, Randy, AKA “Short Shorts” got together, the stories got bigger, louder, crazier, and often-times lead to tears from laughing so hard!

He was a beloved Husband, Brother, Stepfather, Friend, Granddaddy and Papa to 5 grandchildren and recently became a great-grandfather when little Henry was born in July to his oldest grandson and his wife.

Loved ones that cleared the path for Don are his parents Robert and Ethel Hazen, Grandparents and wife Marilyn.  The ones that will miss him and mourn his death are in the hundreds, including his siblings, step daughters, grandchildren, and cousins.

While Don will be dearly missed by all who knew him, he would want everyone to know that he was eager to be reunited with the love of his life, Marilyn and his parents.  A celebration of life is being planned in November in Cascade, Id.  More details will be forthcoming.

You think I’ve gone, and

life has lost its will,

but look around, I am right there,

living with you still.

I watch your tears, I feel your pain, I see

the things you do.

I weep as well, each time you cry, my soul,

It lives with you!

And in the stillness of the night, when the hurt really starts,

Draw me to your heart!

For I am always right there with you,

always by your side.

For you have always been

my joy, my love my pride!