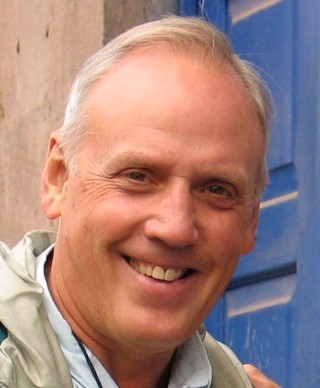 UPDATE 1/13/2021:  A link to the recorded funeral and accompanying program are at the bottom of the page.

Everything about Donald Lee Curtis was BIG. From his birth (26 inches long and over 10 pounds) on, he was known for his size, but his actions and his convictions were as large as his physique.  The size of his impact on his family, his friends, and his community will have ripple effects that extend long after his lifetime.

Don was born in Wallingford, CT, on May 28th, 1941, joining his brother, Bill, and his loving parents, Grace E. and William H. Curtis, both of whom were educators.  He passed away at home on December 26th, 2020 following progressive lung disease and congestive heart failure that slowly took him away physically but gave his family and friends many opportunities for poignant conversations, powerful memories, and loving goodbyes.

Don loved his childhood in Walllingford, culminating in his high school years at Lyman Hall HS, where he was a distinguished athlete and student, subsequently being inducted into their Hall of Fame.

It is only appropriate that he attended Tufts University, where the mascot is the JUMBO.  He captained the football team, loved his years in Delta Tau Delta fraternity and the lifelong friendships made, earned his BSME, and completed his Naval ROTC program, graduating as a commissioned officer in the US Navy, passing up professional football offers.

Don met his wife, Susan, a US Navy nurse, in San Francisco, and they were married for almost 54 years, which was, in a statement he made shortly before death, the thing that made him the most proud.  Opposite of Dad in size, Mom was his match in energy, passion, and love.  Walking so many roads together, they made a formidable team.  They raised four biological children, who learned early on that trying to divide them was a mistake.   They helped to raise many others, as their door was always open to young people.  The broader community learned of their largesse; they unified their efforts toward so many causes large and small, from housing exchange students and “unwed mothers” to remodeling school playgrounds and mentoring married couples.  They often responded to what they called “collect calls from God,” and they allowed their children and grandchildren the blessing of seeing faith in action.

Dad’s first love was family.  Dad’s second love was submarines, where he served most of his active duty years in the US Navy.  Both loves could not be sustained.  When the time apart from mom and kids became too much, Don went on inactive reserve and began his career at Hewlett Packard, which is what brought his family of six to Idaho in 1977.  He worked for Hewlett Packard for 26 years, where he is remembered as epitomizing the HP Way.

BIG applied to just about all that he did.  He was famous for overengineering everything… “if a 2×4 is good, a 4×6 is better,” including the bunk beds that couldn’t fit in the bedroom they were designed for!  His Halloween costumes and Church Lady impressions at HP are legendary.  He relished public speaking events, and his toasts and prayers at family events bordered on soliloquies.  He loved a pulpit, and that included the home and dinner table.  While the impact of his “shared messages” for his children and lectures on various topics for his grandchildren is dubious, the role modeling he gave of compassion, integrity, standing up against injustice, and always staying engaged in the fight were indelible lessons.

Dad loved people, gave the greatest hugs, and matched his convictions with playfulness.  It is impossible to capture all of the circles of people influenced by him, and, more importantly, the friendships that formed through each and were so cherished by him.  Everything became social!  In addition to the many ties formed through school, the Navy, neighbors, and HP, countless activities, boards, and groups created a dizzying web of connection.  Don and Susan were active members of the Saint John’s Cathedral Parish and the St. Joseph’s Catholic School Community. They were sustained by marriage formation and support groups, where they also expanded their impact on others. Their couples’ group has met monthly for over 40 years!  Eventually every connection would turn to friendship and become social.  They even managed to make exercise social, and they loved their YMCA class, its participants, and the social interaction.  When dad became sick and weak, he’d skip the exercise and just attend the coffee hour afterward, perhaps burning more calories via animated conversations than he would have in class.

Don retired in 2000, and he and Susan agreed that their retirement years would be devoted to a cause that they could embrace together.  They took up the mantle of human rights with an energy and passion that was a marvel and blessing to witness.  There are countless pictures of Don on the Idaho capitol steps with one grandchild or another on his shoulders as he practiced what he preached.  He was blessed by and extremely proud of the work he did for the Anne Frank Memorial and the Wassmuth Center for Human Rights, service on the board, planning events and leading tours as a docent, with his final tour given to his children and grandchildren just over a month ago.

Despite all of his impacts, his greatest pride and joy was his family.  “I love seeing who you all are and who you are becoming.”  His greatest sorrow was that he would not be physically present to watch his grandchildren become all that they will be.

He, his impact, and the hole in our hearts are all so large.  To say his shoes are too big to fill is both literally and figuratively true.  We feel so blessed to have had him and could not be more proud of our husband, Dad, and Opa.

In lieu of any gifts or flowers, Dad asked that you please consider a donation to the Wassmuth Center for Human Rights/Anne Frank Memorial, the Treasure Valley Family YMCA, Idaho Youth Ranch, or the Friendship Foundation.