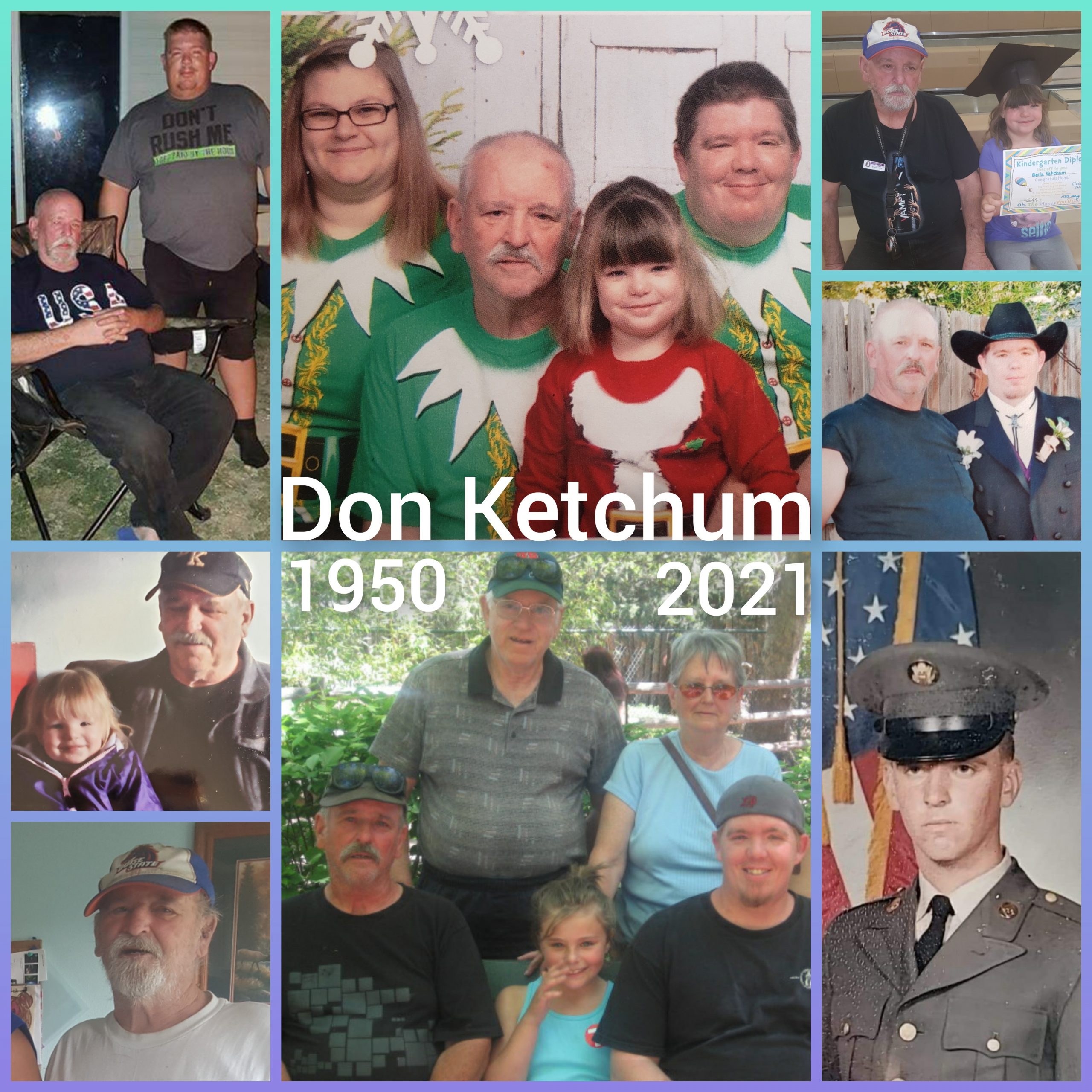 He was born to Alvin and Magdalena Ketchum Nov. 17, 1950 in Portland, OR. In May of 1970 Don joined the US Army, he served 3 years with a year of service in Vietnam. After leaving the Army Don went on to marry Rita Hunter June 8th 1974 in Healdsburg, CA, and later had 2 children Doris and Dusty, in 1980 Don moved his family to Parma, ID. He spent his days with his family and enjoying life. He is preceded in death by his parents Alvin and Magdalena, and brother Melton Ketchum. He is survived by his sisters Betty Smalley, Barbra Nethercott, brother Vernon Ketchum, his children Doris (Mike) Smiley, Dusty (Chessie) Ketchum, and 2 grandchildren Apache Ketchum and Bella Ketchum. Don will be buried at Idaho state veterans cemetery. He is gone from our lives but never our hearts.