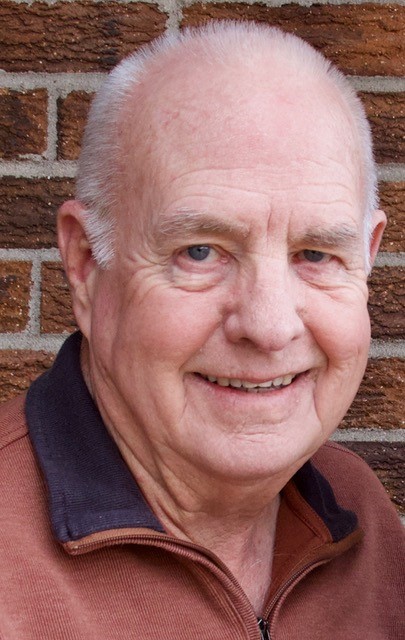 In 1964 he graduated from Bountiful High School and enlisted in the Air Force.  After being stationed in Savannah, GA, and Taipei, Taiwan, he left the service in 1971 with a rank of Sergeant.  Shortly after leaving the service, he met and married his first wife, Paula Toronto.  He was very proud when his beautiful daughter, Bryn, was born and he became a loving father.

Don attended the University of Utah, where he studied accounting and economics.  Just shy of graduation, he left college and began a lengthy career in administration in the transportation industry.  This took him to California where he met the love of his life, Irene Dillon, in 1980, and the two were married in 1985 in Eagle, Idaho.  At the time of his passing they had just celebrated their 34th wedding anniversary and were making plans for a trip to Hawaii on their 35th anniversary.

After moving to Idaho, Don changed careers and began working in the plumbing supply industry in sales and inventory management positions.

Don developed a love of fishing at an early age, which he shared with his beloved grandfather, “Ba.”  He loved getting out on a lake, especially Hebgen, in his kick boat and spending the day fly fishing, then assuming his well-known position as Camp Cook.  He purchased a smoker and was known to ship his brisket to family members during winter holidays.

Don’s other passion was golf.  During his career he played in several company tournaments and, after his retirement, played almost every day.  He was also an avid reader, often finishing a book in one sitting.  His sense of adventure led him to hang gliding, hot air balloon crewing, and just getting in the car with Irene to see where a road went.

Don loved playing the guitar and writing music.  He played in several bands, including during his tour of duty in Taipei, where he played with Johnny Weston, who sang the Have Gun Will Travel theme song.  Upon returning to the states he played in a band during college and then put his musical talents aside for several years until he began playing with the Emmaus community and then the blue grass and worship bands at his church.

With a deep devotion to God, Don was a regular participant in the Emmaus community, leading two weekend walks, and serving a term on the board.  He had just begun working with the Kairos Outside group and was planning on working the upcoming event.  As a Stephens Minister, he was able to use his listening and caring talents for other in need.

Using his background in the plumbing and irrigation industry, he volunteered to handle the sprinkler system at his church for many years.  It was a common practice for him to go the church several times during the summer to start a “zone” running to green up a patch here or there in the lawn.

Don is survived by his loving best friend and wife, Irene (Eagle, ID), his parents, Don and Charleen (Portland, OR), his siblings, Loris (Dale), Vancouver, WA, Janet (David), San Diego,  Sean (Joe), Vancouver, WA, his beloved daughter, Bryn (Dan) and their family, Ronin, Bronwyn, Tess, Asher, (Denver, CO), as well as nieces and nephews and their families.  Being the oldest sibling he must have determined he needed to go first and set a good example.

He was so loved and will be sorely missed by all of us.

As an option to flowers, the family would welcome donations made in Don’s name to http://www.soulriverinc.org a nonprofit that partners veterans with urban children to teach them fly fishing.