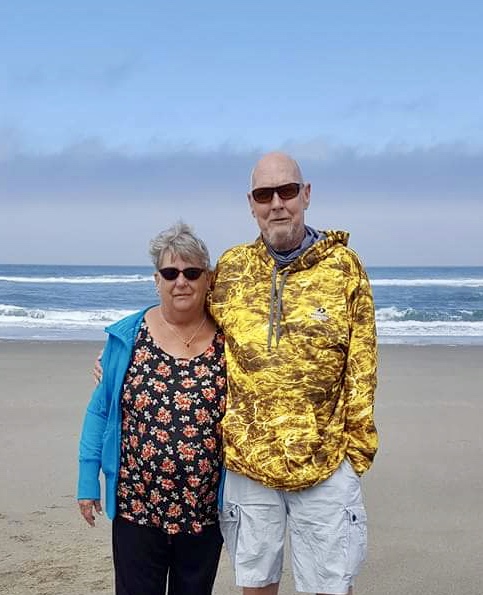 Donald “Don” Allen Howard, 64, of Boise, Idaho, passed away peacefully at home on January 10, 2019 with his family by his side, due to complications of Mesothelioma.

Don was born February 4, 1954 in Colville, WA to Thomas and Thelma Howard and at 4 years old moved to Boise, ID with his family.  He graduated from Boise High School in 1972 and then joined the Navy.  That summer, he reported for duty in Florida and remained on active duty until July 1st, 1976 when he was honorably discharged.

He married his beloved wife, Sandra Jean Dalton (White), on May 26, 1978.  Together, they raised three daughters.  Much of his career, he and his son in-law, Chad, operated a custom concrete flatwork business for many years.

Don was a devoted family man who had tremendous respect and unconditional love for all.  His favorite hobbies included spending precious time with his family and glorious moments outdoors in the wilderness of Idaho and the great Northwest.  He loved to spend the day fishing next to the lake or walking in the ocean sands.  Don was loved by all and will be greatly missed by his loved ones near and far.  He deeply believed in the core values of honor, respect and trust and was a tremendous role model for all who knew him.

He is survived by his loving wife Sandra Jean Howard, and their three daughters and husbands; Carrie and Chad Stuart, Heather and Robert Gates, and Stephanie Howard and Aaron Harris.  Don is also survived by his brothers and their wives Thomas R. and Anna Howard of Port Richey, FL., Herschel J. and Sharon Howard of Boise, ID., and William L. and Shari Howard of Bend, OR.  Don is also “Papa” to 8 wonderful grandchildren; Austin, Jeremy, Alexandra and Emma Stuart, Kilie and Daxtin Salisbury (Gates), and Isaiah and Makenna Harris (Howard).

Don was preceded in death by his mom and his dad, nephew Tom Howard, and numerous aunts, uncles and grandparents.

“It broke our hearts to lose you, but you didn’t go alone.

You left on Angels wings the day God called you home.”