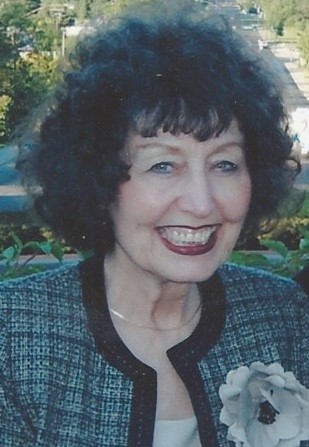 The family can be reached at:

Diana died peacefully of natural causes on May 13th, 2022, She was surrounded by her loving children, Deborah, Michael and Kelly Jo, her granddaughter, Stephanie and great-granddaughter, Oliviah. She was 83 years old.

Diana was born on July 28, 1938, in Nampa, Idaho, the daughter (and youngest child) of Herschell & Beverly Smith. She spent her early years on the family farm in Donnelly, Idaho. Her family later moved back to Nampa, Idaho where she attended junior high and high school.

Diana met Delbert (“Deb”, “Del” or “Dad”), the love of her life, at the local roller-skating rink when she was still in high school. They fell in love quickly, but two weeks later Del was deployed to Japan during the Korean War. They faithfully wrote letters to each other every day and were married shortly after he returned to the states. They began their married life at Fort Campbell, Kentucky where Del was a Paratrooper in the 101st Airborne. When he got out of the Army, they moved to Boise and eventually built a new home in South Meridian they called “The Homestead”.  Del grew huge gardens. Family and neighbors looked forward to his delicious sweet corn & tomatoes. In Del and Diana’s later years, the tough decision to downsize was made and they moved into a Boise apartment on the Green Belt close to the Boise River.  They really enjoyed the final move together to a condo in Ann Morrison Park with a beautiful view of  the park and downtown Boise.

Diana was employed as a server at the Holiday Inn Restaurant in Boise for 10 years and then worked as a receptionist for Dr. Charles Howarth in his ophthalmology practice in Boise until his retirement 17 years later. While she enjoyed her jobs outside the home, Diana’s greatest love was being a wife and mother. She often commented on how much she loved being pregnant and taking care of her young children. Our family was so blessed to have such a nurturing, caring, loving mother and grandmother.

Diana was gracious and kind to all. She was very generous (almost to a fault). She taught us all the importance of unconditional love and fairness, and led by example. People often commented on her beauty, her friendly smile, the way she dressed, and how young she looked for her age.

Diana was a Christian and loved Jesus!. When her children were young, she taught Sunday School at church, hosted vacation bible school in her basement, and typed the weekly church bulletins. She always prayed for her food and for her dog’s food at every meal. She praised & thanked God constantly. She read her Bible daily to Del and later to her granddaughter, Michelle. She lost count of how many times she read through the entire Bible. In retirement years, Diana and Del walked every morning at the Boise Towne Square Mall for exercise reciting Bible verses. They enjoyed being greeters at Capital Christian Center dressed in their Sunday best. Diana took Michelle and Stephanie to church when they were little, and later took Michelle when she was no longer able to drive. When Diana eventually gave up driving, Stephanie and Oliviah brought it full circle by taking her to church.

Del and Diana loved spending time with family. They traveled to visit Mike’s family many times, first to Fargo, North Dakota and later to Juneau, Alaska. Juneau was especially exciting for them as they looked forward to salmon and halibut fishing, and loved the crab feasts. Visiting Kelly Jo’s family for Thanksgiving became a yearly tradition. They traveled to Oak Harbor, Washington, Portland, Oregon, and finally Vancouver, Washington. They brought Michelle along on many of the trips. Both families loved the visits and cherished their time with Annie and Papa.

Diana was very tender-hearted toward animals, especially all our dogs. Her special furry family members were Cindy, Mitsy, Aussie & most recent, Sweet Bronco, and Little Bucky.

Mom was heartbroken when Dad died in 2010. She never completely adapted to life as a widow. She would tell us all the time how much she missed him! Words cannot express how much our family will miss Mom, but we are comforted that dad & mom (Papa & Annie) are now together again in heaven.

She will be laid to rest at the Veterans Cemetery Upper Level with her beloved husband the following day.

She will be laid to rest at the Veterans Cemetery with her beloved husband the following day.