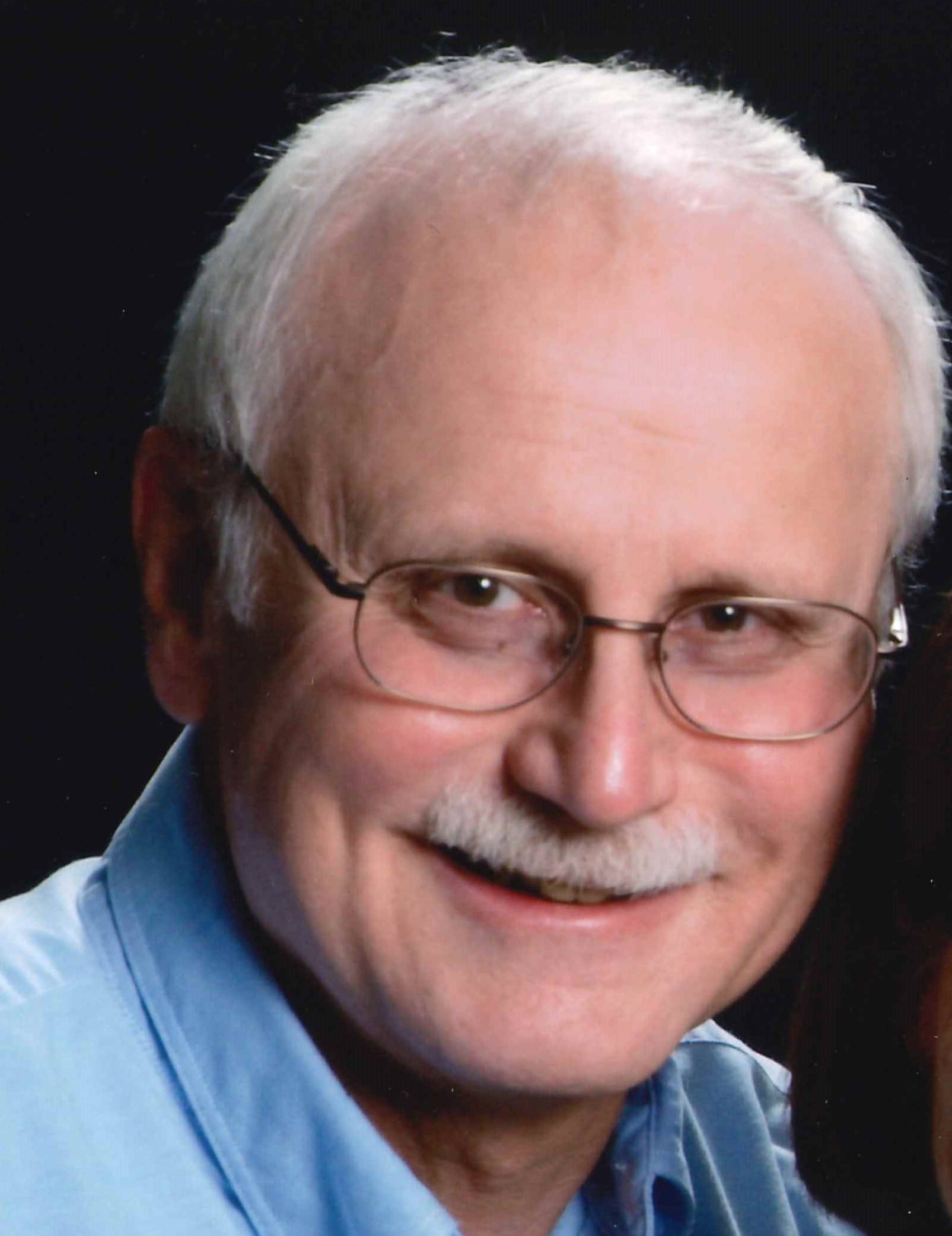 Dennis was born March 26, 1951 in Charles City Iowa, to Edna and Lloyd Nott (brother Lyle born in 1944).  The family lived above the Briggs Trucking Company Depot across from the Illinois Central/Milwaukee Road tracks–he caught the train bug early.  Despite moving to Floyd in 1966; Dennis attended Charles City Community High School where he lettered in football, track, general rabble rousing, and rode out the 1968 May 15, F5 tornado in the boys’ shower.   The tornado roared through Charles City vaporizing the second floor of the trucking depot and all childhood mementos stored there; possibly explaining Dennis’ need to save every RR ball cap, calendar, booklet, or magazine; and loose nuts, bolts, etc.   In 1969, he became a Cyclone himself, attending Iowa State University in Ames.  In 1970 he met future wife Sarah, while playing flag football and decided any girl who could block that hard was worth dating.  In 1973 Dennis graduated with a BS in Construction Engineering (Civil Engineer).  He first worked for Jackson Construction, while Sarah finished her degree.  In early 1974 Morrison Knudsen Company’s Railroad Division hired him–a dream job for a rail fan! Dennis moved to Idaho; never regretting leaving the Midwest, snow, humidity, and tornadoes. He returned to marry Sarah over the July 4th weekend.  For their memorable honeymoon; Dennis hitched a U-Haul trailer to her small car (no AC) and drove Sarah and black lab Sarge to Boise in the summers’ heat.

In 1977 they moved to Columbus Ohio where Dennis worked for CONRAIL- track quality control; and began building both his model railroad and lifelong friendships with Dick Joyce (Nancy) and many others.  They missed Idaho, and in 1981 when MK International hired him as Project Engineer for the Cerrejon Coal Project in Colombia; loaded a moving van and each chauffeured a black lab back to Boise.  In 1983 with his portion of the project done on time and under budget (is there any other way?), Dennis was promoted to Project Facility Coordinator of the Cerrejon Port which he completed in 1984.  He returned to MK’s Railroad Division as a project engineer, and continued his world travels with managerial positions in Locomotive Engineering, Construction, Services, Maintenance, and Sales. In 1985 baby Maggie joined the family, and in 1991, the first Cardigan Welsh Corgi. In January 1992, with MK verging on collapse; Dennis accepted the Southern Pacific Lines job of Assistant Plant Manager of the Burnham Locomotive shop in Denver.  Golden, CO was nice; but when Motive Power restructured MK, the lure of Boise brought humans and critters (lab, cardigan, kitty, and bunny) back “home”.  From 1993 to 1998 Dennis’ managerial job titles changed almost yearly (he kept the business cards to prove it).  He was VP of Sales and Marketing and VP of Operations and Maintenance when Motive Power became Wabtec in 1998.  In 2005, tired of corporate shenanigans (NOT Dennis’ term), he formed his own company, Northwestern Consulting—locomotive consulting for the railroad industry.  As a sole owner, he worked on projects for CBH Grain in Australia, Saudi Rail Organization, Pacific Harbor Lines, Belt Railway of Chicago, and New York and Atlantic railway.   The original goal was to earn the same amount of money, working half as much, so he had time for fishing or working on his ever-expanding model railroad.

A perfect Friday for Dennis was leaving for fishing at “O-dark-thirty” with friend, Bruce Young; and spending the evening with buddy Mark Sachs working on the amazing Model RR in the basement.   Dennis loved the passing parade of dogs and cats who shared their home for 47 years, and always fed the backyard squirrels peanuts.  He accepted “free” firewood from neighbors’ trees; never counting the hours and effort it took to split and stack it.  Throughout the years he hosted relatives and friends for extended tours of the west, and enjoyed many fall trips following the rails with friends in the east.  The 60+ year annual Nott fishing trip to MN, morphed from flying (never had the lure or pole he wanted), to trekking cross country by truck, 60’s music playing, pulling his own boat with every pole, tackle box, net, fish basket, fish finder etc. he owned.  Sarah and Maggie crammed in wherever they fit.  A true locomotive connoisseur, Dennis easily identified locomotives on any rail line by sight (even from 75 mph on the interstate).  He spent hundreds of hours with friends, waiting by the tracks with his camera for a perfect shot.  Dennis was a proud member and supporter of the Locomotive Maintenance Officers Association (LMOA) and served as past president and board member. His brotherhood of LMOA friends throughout the country is legion.

Dennis who tolerated no fools, gave “colorful” commentary of others on the road or waterway; not tempered by whomever was with him. Ditto for referees or coaches while watching football games on TV.  Despite hating Florida’s heat and humidity (work boots and jeans on the beach?), he tolerated several trips to visit Sarah’s family.  He watching gator hunting on Swamp People, and yelled “Shoot ‘em!” (an enhanced version was directed at TV anchors, politicians or celebrities he didn’t like).

Diagnosed April 28th with aggressive metastatic pancreatic cancer, Dennis boarded an express train May 9th.   He left at the station: many beloved relatives, neighbors and friends; his LMOA brothers from other mothers; Railroad business associates throughout the country; wife of 47 years-Sarah, daughter Maggie and Brandon Dumont, his little man-Radar, big guy-Turbo, and lap princess-Miki.

Celebration of Life will be 11 AM, May 29 at EXPO Idaho’s Western Town.  Come prepared to share memories!  Lunch and beverages will follow.  Absences excused for: fishing or camping, and judging or competing in dog events.  In lieu of flowers; memorials may be sent to: The Amherst Railway Society, Idaho Fish and Wildlife Foundation, or Boise’s VFW: Capitol City Post 63.