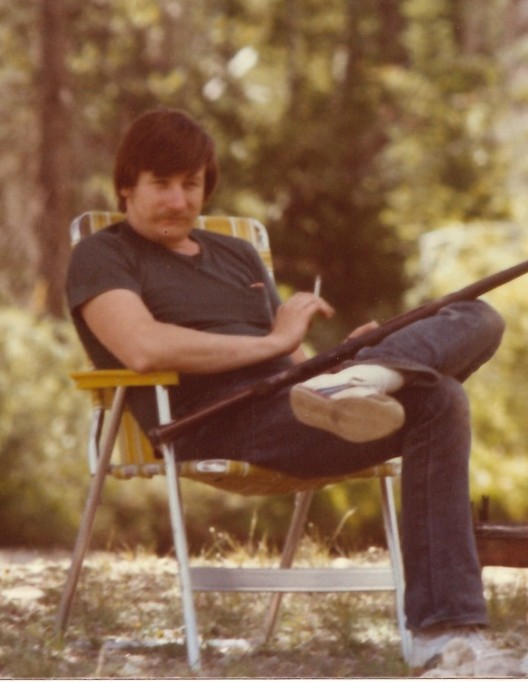 He earned his Associates in Agriculture from the University of Virginia. He married the love of his life, Candace Jones on August 15th in ’75 in Virginia City. David worked for Ed Rocklund in Long Island who had a contract with Health and Welfare in Idaho to preserve records. The original plan was for a 2 year contract, but David and Candace loved Boise so much they decided to stay and build their own company, Idaho Microfilm Systems. David ran that company for 26 years with his beautiful wife as his secretary by his side.

David loved being outdoors camping and fishing up at Stanley, or his favorite spot Horsetheif Reservoir. When he wasn’t outdoors he loved playing the Moody Blues, Cat Stevens, classic rock records at full blast down in his basement surrounded by family and friends. In May of ’78 he became a father to his daughter Christine, and in March of ’83 he got a son named Dane. Needless to say dance recitals and coaching baseball teams followed soon after. He was an amazing father!

David is survived by his beautiful wife of 44+ years, Candace. His brother in New York Rick and his wife Cheryl. His daughter Christine and her two daughters Ashton and Madison. His son Dane and his wife Abbey and their three children Jaiden, Brodey, and BayLei. David spent many nights laying on the kitchen floor playing trains with all his grandchildren. David is also survived by many other family members, and friends so close to him they are practically family as well.

David’s memorial service will be Friday, January 18th at 3 P.M. at Bowman Funeral Home on State Street. In leu of flowers David and his family ask you to donate to American Cancer Society or the American Heart Association. Both organizations were very dear to his heart.

“I know you’re out there somewhere
Somewhere, somewhere
I know I’ll find you somehow
And somehow I’ll return again to you”