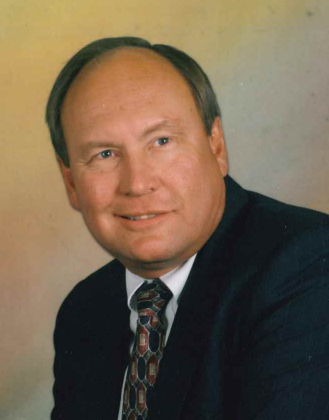 David Louis Sturm passed away peacefully on January 22, 2021, in Meridian, Idaho, surrounded by his wife and family and friends. David was born in Rawlins, Wyoming, on February 17, 1950, to Helen and Al Sturm.

David attended schools in Rawlins, graduating from Rawlins High School in 1968. He thoroughly enjoyed his high school years where he was active and excelled in many sports. Fortunately, his son Matthew shared his love of baseball and he was very active in the league while Matthew played in Little League. He was the President of the Northwest Ada Little League for several years. He received his degree from the University of Wyoming in Business Administration. Then David started his career in marketing. This path brought him to Boise, Idaho where he married Margie Drost. To this union their son Matthew was born. They later divorced.   David then met the love of his life, Kathy Moon. They’ve been married 27 years.

David struggled for 12 years from a rare heart/lung disease, Pulmonary Arterial Hypertension. Because of his condition, David joined the PAH Support Group, eventually becoming a co-leader until he was no longer able to handle his duties.

David will always be remembered for his quick wit and ability to make those around him laugh. His in-laws always delighted in his playful personality and they shared many laughs. The family is so grateful to his many friends who supported him during his valiant struggle. He still  maintained wonderful friendships with his buddies from grade school through college. A special thanks to St. Luke’s Hospice for the extraordinary care that they gave him over the last 3 years. His caregivers became a part of our family and we will never forget the respect and kindness that they showed him.

David is survived by his wife Kathy, son Matthew, and mother Helen Sturm. His sisters Sandra (Leo) Chapman, Christine (David) Throgmorton of Rawlins, WY; Theresa (Rick) Lindahl of Fort Collins, CO; brother Tom Sturm of Montpelier, VT.; and several nieces and nephews. He was preceded in death by his grandparents and father Al.

In lieu of flowers, donations can be made to the Pulmonary Hypertension Association at phassociation.org or the animal rescue charity of your choice.  Due to the pandemic, no services will be held in Boise, Idaho, at this time. Services will be held in Rawlins at a later date.  The family asks that next time you have a chance, raise a glass and say a toast for David.

Arrangements are under the direction of Bowman Funeral Parlor in Garden City, Idaho.