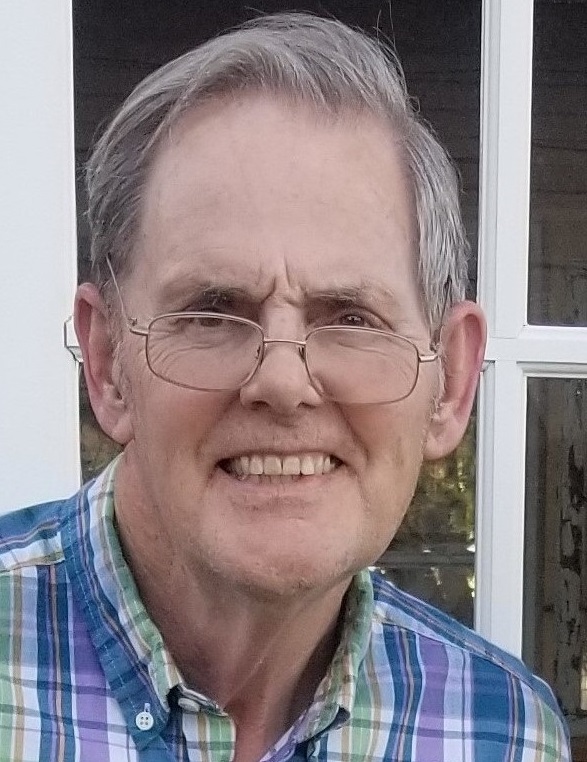 David Lee Knight, age 77, of Ontario, Oregon died Saturday February 20, 2021 in Boise, Idaho.  He was born January 5, 1944 in Portland, Oregon to Viola and Quenton Knight. His father died when David was 4 years old and he was raised by Viola and Raymond Gerhardus.  He was the fourth of seven children and attended Portland schools, during which he was a representative to Oregon Beaver Boys State. Just before his senior year, the family moved to Clackamas, Oregon where he graduated from high school. He enjoyed playing Chess and tournament Bridge. He worked at Tektronix in assembly and joined the National Guard in 1963.  It was in his DNA to become a knight-soldier. As a result, he completed Officer Training Academy at Camp Withycome in Clackamas. It was always his goal to graduate from college, but in 1968 he was called to active duty to serve in the Vietnam conflict.

In 1968 David met Dalyce Reihs and they married on March 30, 1968.  Their honeymoon was a trip to the U.S. Army Artillery Base in Fort Sill, Oklahoma. He left for Vietnam in June 1968 and served as a Forward Observer. A short two months later he received a critical head wound and spent five weeks in recovery before he was medically evacuated to Madigan General Hospital at Fort Lewis, Washington.  David and Dalyce were at Fort Lewis for five years where their two daughters were born.

After his discharge in 1973 the family settled in Tigard, Oregon. David returned to work at Tektronix and graduated from Lewis and Clark College in 1977 with a degree in Business and Economics. His college friends were other veterans and older students: Jim, Skip, and Bill.  He completed his MBA at University of Portland in 1981. The family enjoyed camping at Yellowstone Park and the Oregon Coast and trips to Disneyland.  Thanks to David and Dalyce’s interest in genealogy,  memorable vacations were spent in a rented motor home driving to Nebraska, Texas, Oklahoma, and Calgary, Canada to see relatives and attend family reunions. There were many excursions: charter fishing and river fishing, which resulted in delicious salmon bakes.

Because of his enjoyment of hunting and fishing, David loved Central Oregon and there was an opportunity to move there for work in 1985.  The family built a new home on 5 acres in Tumalo and he began using his talent for math and accounting at Bend Mill Works, later Jeld Wen. It was there that he met his dear friend and hunting buddy Ron Stowe. It seemed like Dave’s work led to a move every 12 years and in 1997 he and Dalyce moved to Eastern Oregon where he worked as a Controller for Woodgrain Millworks. He was dedicated to his work and developed many close relationships with his co-workers.

He always tried to minimize the effects of his injuries, but couldn’t ignore them when faced with health challenges including a pulmonary embolism and diagnosis of Parkinson’s disease at age 50.  After retirement in 2008 Dave and Dalyce built a new house in Ontario and traveled to Hawaii, Fiji, Australia, China, Germany, and Great Britain. Dave enjoyed trying out new languages and experiencing other cultures.  There were many fun fishing trips with his younger brother Ray.  Two favorite times were an Alaska couples cruise with his brother Ron and wife Linda in 2015, and sailing the Caribbean with Darrell and Deanna Carr in 2017.  Payette United Methodist Church and the dear friends there were an important part of David’s life.

He was a dedicated, loving husband to his wife of 52 years, and a guiding and patient father to his daughters, grand daughters and grandson.  He was a generous and giving man who never complained about his disability or difficulties.

I was a proud veteran

That served my country well

To those that would listen

I had many stories to tell

He is survived by his wife Dalyce, daughters Kristin (Heather), Karly (Josh), grandchildren Kendall (Daniel), Kellby, and Jhett.  His brothers Ron (Linda) and Raymond (Pam). David was preceded in death by his parents, brother Dan, sisters Annette, Charlotte and Laura.

A Celebration of Life service will be held outdoors in May.  Funeral arrangements are under the direction of Bowman Funeral Directors www.bowmanfuneral.com. Memorials can be made to Payette United Methodist Church. www.payetteumchurch.org   Internment will be at Willamette National Cemetery in Portland.

A Celebration of Life service will be held outdoors in May.  Funeral arrangements are under the direction of Bowman Funeral Directors www.bowmanfuneral.com. Memorials can be made to Payette United Methodist Church. www.payetteumchurch.org   Internment will be at Willamette National Cemetery in Portland.