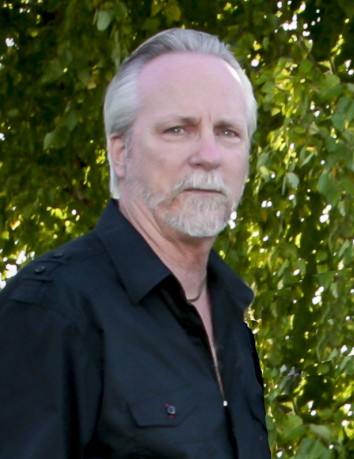 David (Dave) James Duncan passed away peacefully in his home, surrounded by his loving family. On Friday, February 22, 2019, at the age of 70. He was born on June 7, 1948 in San Francisco, California to Patricia Lydon and James Duncan. Dave was the middle child of three.

Dave enlisted and honorably served in Vietnam, from July 1967 to December 1968, as a Sergeant in the 34th Armor, 25th Infantry Division, as a Tank Operator. He was a decorated war hero. He was awarded the Purple Heart, Vietnam Service Medal with 4 Bronze Service Stars, National Defense Service Medal, Army Commendation Medal, and many other honors. He was a proud veteran, who loved and served his country with honor and with great pride.

Dave was reunited with his childhood sweetheart and first love, Debra (Debbie) Hernandez in 1984. They moved to Boise, Idaho in the early 90’s, where they married in 1996. He was a proud, dedicated Husband, Father, Brother, Uncle, Grandfather, and Great-Grandfather. He was a very giving man that always had time to take family trips. He made Christmas memorable and come up with new ways to spoil his children, grandkids, nephew and nieces.

He was passionate about working with his hands and loved restoring classic cars. Some of his favorites included a 1969 Oldsmobile Cutlass Supreme and a 1967 Ford Ranchero. If he wasn’t tinkering in his garage, you could always find him showing off his cars, at a car show. He enjoyed taking drives with Debbie and letting the car tell them where to go. He was an avid dart player who enjoyed throwing darts at in-state and out-of-state competitions. Anyone who knew Dave would describe him as strong, loyal, and honest. He had a fun, playful side which was infectious. Always had a funny pun, joke, story or innuendo to make you smile. He proudly demonstrated these traits throughout his life.

Dave lost his wife, Debra Duncan, to a long battle of breast cancer, in February 2008. During this difficult time, he found comfort in his family as well as his friend, Clair Murphy. They were each other’s support system and best friend. They were able to share stories about their late spouses. Soon found the love and comfort they never thought they would be able to find again. In 2012, Dave was diagnosed with Dementia. The two of them took it in stride. They enjoyed many years together, with many memorable trips. In 2018, Dave married Clair, his last love. They enjoyed his last months happily married.

Dave was deeply loved by his family and friends. He truly was a hero at war as well as at home and will be greatly missed. The family would like to extend their heartfelt thanks for the loving care provided to Dave by The Boise VA Medical Center, Horizon Home Health and Hospice, particularly during his last few days.

A potluck style celebration of life will be held in Dave’s honor on Sunday, March 3rd at Liberty Lake Clubhouse located at 1105 N. Liberty St in Boise, ID from 12:00 PM to 4:00 PM. Followed by a short viewing from 5:00 PM to 7:00 PM at Bowman Funeral Parlor. Traditional funeral services are scheduled for March 4th at 12:00 PM, with a viewing at 11:00 AM, hosted at Bowman Funeral Parlor off State Street in Boise. Burial with Full Military Honors to immediately follow at The Idaho State Veterans Cemetery at 2:00 PM. In lieu of flowers, memorial donations may be made to the Wounded Warriors Project or Idaho Humane Society.