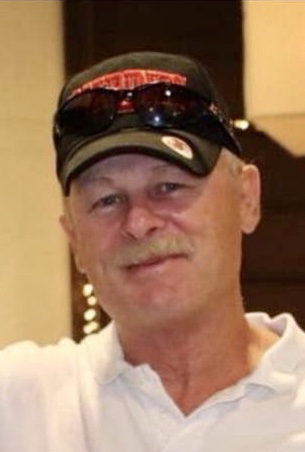 David Wayne Gunder was born January 4, 1959 in Prineville, Oregon.
One of his earliest childhood memories was roaming the hills around Izee, Oregon, the lumber camp where his dad was employed. When he was around six years old, his parents were divorced, and he and his siblings were taken to Idaho by his dad. They lived in several small towns in Eastern Idaho and in Montana.
David joined the United States Marine Corps at 17 years old. He earned a stripe out of boot camp and a marksmen medal. Since it was peace time and there were no wars to fight and waving cars in at the main gate while wearing dress blues proved to be most boring, David was honorable discharged and sent home. Along the way in life, David learned carpentry skills and set about preparing for his future, eventually starting his own business.
In 1985 David was introduced to Linda Morrison, his life partner, through a mutual friend. That was 35 years ago this coming August. It wasn’t a walk in the park, but they made a good life together. They were happy with each other and they celebrated each other’s accomplishments. Their love grew over the years to a union of trust and admiration. They worked together to make the home they wanted. Many hours of landscaping and re-landscaping is evident at their place. David totally remodeled their home, even digging, by hand, a basement under the existing house. Grandkids remember those insulation spray cans and how everything was in tune.
David was a self-made man. He built his business, K-Scrap, from a small recycling business to a well-oiled, very profitable air conditioning, refrigerant, recycling hub of Ada County, dealing with upward of 100 companies. He was a man among men. Everyone liked him and he was often recognized by his laugh. He had the best laugh.
David adored his grandkids. He went on school field trips and attended their activities of every sort; games of soccer to basketball and orchestra and choir concerts from the oldest to youngest grandkid. He took them on road trips and separate granddaughter and grandson weekend camping trips. He wanted to be involved in every aspect of their lives. Papa and Grandma talked recently, and he expressed how proud he is of each of his grandkids and he hoped he had influenced them enough to follow their dreams and finish whatever they start.
David is survived by his life partner of 35 years, Linda; their children, Kiley Morrison, Erin Morrison-Scott (Colby), and Brian Morrison, all of Caldwell; seven grandchildren and one great-grandchild; two sisters, on brother and numerous nieces and nephews from Oregon, California, Idaho and Missouri. He was preceded in death by his parents and two brothers.

Graveside services will be held Wednesday, February 19, 2020 at 11:00am.
Meridian Cemetery 895 E. Franklin Rd Meridian, ID 83642
A potluck remembrance gathering will be held at David and Linda’s home immediately after.