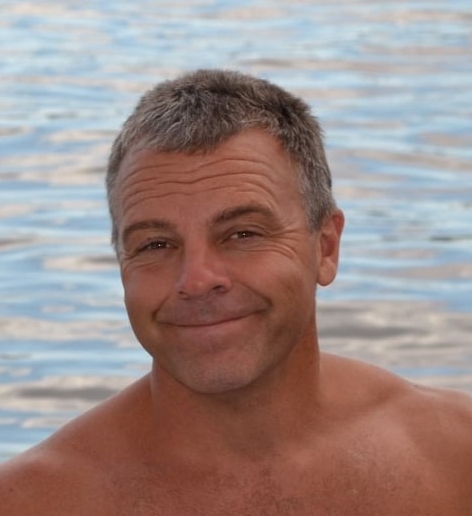 Darron Dean Funk 58, of Star Idaho, passed away on February 4, 2022. He lived life with passion, and always with music playing. He loved running, snow skiing and water skiing among other sports. He loved sharing his passions and created many lifelong friends thru doing so.

Darron was born in Pocatello Idaho to Alvin Dean Funk and Sharon Poulson Funk on September 7, 1963. He attended school in Pocatello Idaho and graduated in 1981 from Highland High School, where he set records in track and played middle linebacker and nose guard in football. Darron was also an Eagle Scout.

Darron attended Ricks College for one year before serving a mission for the Church of Jesus Christ of Latter Days Saints in the Tokyo Japan South Mission. After returning from his mission, he attended Idaho State University where he met Kristi Lyn Price. They were married June 28, 1985, and sealed in the Idaho Falls temple in 1986. They had three daughters and a son. They later divorced in 2011. Darron graduated from Idaho State University in 1991 with a Bachelor of Science in nursing. Darron worked at Bingham Memorial Hospital for 8 years as an emergency room nurse. In addition, 2 years as an occupational nurse for the Idaho National Engineering and Environmental Laboratory in Idaho Falls Idaho.

In 1998, Darron started a Master’s degree program at KU Med Center in Kansas City Kansas. The family lived in Lincoln Nebraska for three years where Darron completed his clinical studies. Darron graduated in 2001 with a Masters of Nurse Anesthesia. The family moved back to Idaho where Darron started working at Saint Alphonsus Medical Center in Boise Idaho. He also did contract work for numerous surgery centers throughout the valley as well as the VA Hospital in Boise, and hospitals in McCall, Weiser, Emmett and Mountain Home.

In 2012, Darron was diagnosed with Amyotrophic lateral sclerosis (ALS) or Lou Gehrig’s disease. Due to the skill needed to perform his job and worsening symptoms Darron retired six months after being diagnosed.

Darron was an avid runner and competed in many marathons, and obtained a goal of qualifying for the Boston Marathon. One of Darron’s favorite places to be was at the lake. If the waters were too rough for skiing, he would fish, and if the fish were not biting, he would turn on the music and just float around the lake. In the winter he enjoyed snow sking.Darron had many talents, he played drums in a band for a time. He could pick up a guitar and before long could pick up most any tune. He enjoyed drawing when he was younger and his family cherishes many of those drawings. Darron could fix or build almost anything and did it with the preciseness of a pro. He laughed often and his laugh was infectious. Darron had a quick wit and those that spent time around him where challenged to keep up.

Darron was preceded in death by his grandparents Alvin and Doris Funk, Clarence and Erma Poulson, a niece Lauren J Funk, and a cousin Brent Edmonds who also died of ALS.