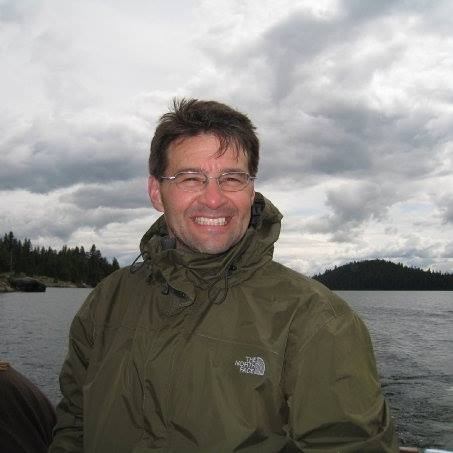 “Suddenly, you were gone from all the lives you left your mark upon.” Rush, “Afterimage,” Grace Under Pressure (1984).

On December 12, 2020, Darin Wesley Stoddard, a beloved son, father, and friend, left a family reunion in Meridian, Idaho to join loved ones on the other side of the veil. Darin passed peacefully in his sleep after a difficult, years-long battle with diabetes and kidney failure. In the end, he never gave up but fought with tenacity and grace under pressure, as was his custom.

Darin was born in Ogden, Utah on September 1, 1965 to James Stoddard and Justine Johnston (n/k/a Justine Wilson). Over the years, he lived in several locations throughout the Intermountain West and established a family and made friends that will dearly miss him and his infectious smile and charm. Darin is survived by his partner, Nichole Martinez, who devotedly stood by his side and cared for him as his body shut down, and his wife Virginia Thornton-Stoddard, from whom he separated earlier this year. Darin is the father of three children, Grant (Kristin) Stoddard, Meghan (Aaron) Heppler, and Marcus Wilder, who each survive him. He has nine grandchildren, including his first, Lucas, with whom he will enjoy a sweet reunion in the world to come. Darin is also survived by his mother and father, his grandmother, Edna Jones, three of his siblings, Sloane (Scott) Oswalt, Ryan (Connie) Wilson, and Morgan (Josh) Price, and several uncles, aunts, and cousins. Darin is predeceased by his sister Rachel Wilson and his many beloved dogs, including Madison Louise and Chief.

Darin will best be remembered for his kind heart, his adventurous spirit, his tremendous intellect, and his abilities as a mentor and teacher. Darin spent many years in various managerial capacities at Smith’s Food and Drug, Walmart, Maverick, and Walgreens, where he excelled at building up others and putting people first. He loved to hunt and fish and could always be relied on to explain the best techniques and locations for doing both. He loved the outdoors, particularly locations in Utah, Idaho, and Wyoming where he drove, hiked, and otherwise explored more places in a year than most people do in a lifetime. He was an avid Rush fan and taught his friends and family alike to listen carefully to the messages behind the music, which were always deep and insightful. Darin also loved the weather and, with incredible accuracy, often imitated one of his heroes, meteorologist Mark Eubank, predicting and explaining how storm cells developed and moved.

Darin left his mark upon many. He will be sorely missed. Nevertheless, he and his loved ones everywhere will press forward, hopefully remembering to heed the advice of another of his favorite bands, Crowded House, which sings: “Everywhere you go, always take the weather with you.” Crowded House, “Weather With You,” Woodface (1991).