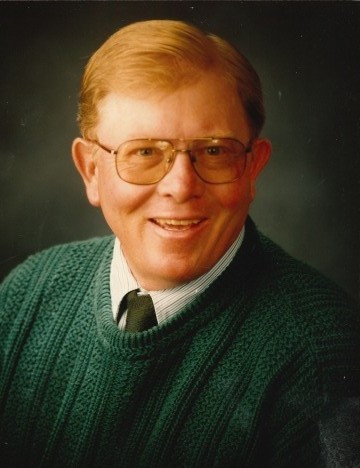 Dale Chase was born September 21, 1944 to Ellis Bennion Chase and Audrey Melissa Wardle Chase in Idaho Falls, Idaho.  He was a 3r d    generation Idahoan!  Dale’s dad died in Nampa, Idaho when Dale was 10 years old. Audrey then moved the family of 6 to Pocatello where she taught school. Dale graduated from the last great class of Pocatello High School in May of 1963. Following graduation Dale joined the United States Navy and became a signal man. He received an Honorable Discharge in May 1965. He then enrolled at Idaho State University where he majored in PE and minored in Special Education. While at ISU Dale met Charlotte Ann Montgomery… Annie. They were married August 17, 1968 in Caldwell, Idaho. Dale still had to finish school so Ann took a job as a social worker at State Hospital South in Blackfoot. Dale always told people that was where they met      he was a patient in the abnormal psych ward. HA!

Upon Dale’s graduation in 1971 Dale and Annie moved to Caldwell, Idaho as Dale had gotten a job teaching specialeducation in the Caldwell School District. He was one of the first special education teachers in Idaho. During this time daughter Dena Ann was born January 17, 1972. Ann stayed home and took care of Dena and worked part-time at College of Idaho. During the summers Dale worked at Simplot in Caldwell for a couple of years. Gregory Dale was born May 5, 1976. The family moved to Mountain Home where Dale taught a resource room and coached football. In 1978, they moved to Boise where Dale taught a resource room at North Jr. High. Dale was instrumental in starting and coaching at East Boise Little League for many years.   After two years at North Jr. High Dale moved to Boise High School where he taught special education, coached football and baseball for 13 years. He then moved to Borah High School where he taught and coached for 5 years.  He helped to start River Glen Jr High, coaching, teaching and being Athletic Director for 3 years.  He retired from the Boise School District but continued coaching and substitute teaching at Cole Valley Christian, Nampa Christian, Kuna High School. He taught Drivers Education for 7 years and then worked for the Idaho Transportation Department doing testing for people to get their driver’s license. He drove the Boise Tour Train for several years. He loved this job because he got to talk to many people and learned crazy jokes that he shared for years.   After substitute teaching at Kuna High School he retired completely because of health issues.

He always loved being a counselor at summer church camps for the high school kids and spent over 20 years doing this. He was an elder and Sunday School teacher. As a coach, he started the first Fellowship of Christian Athletes {FCA) club in the Treasure Valley and had huddle groups at both Boise and Borah High School.

Dale had a great love for the Lord and always felt blessed he could serve. Jesus was a very critical part of Dale’s life. He always felt like it was his responsibility to give back to help others. The Lord blessed Dale to use his gifts to honor Him.

He was preceded in death by his parents Ellis and Audrey, brothers Gary and Kenneth and Sister Carolyn; both sets of grandparents. He is survived by his loving wife of 50 years, Ann; his daughter Dena; son Greg (Amanda); three grandchildren, Kara, Izabelle and Nixon; Brother-in law John (Bev) Montgomery all of Boise; and brother Roger (Janis); and sister Ann of Pocatello and numerous cousins, nieces and nephews.

In Lieu of flowers please make contributions to: