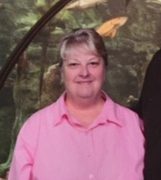 Cynthia Lou (McVey) Needs passed away at home on Tuesday, February 25, 2020; she was born on April 2, 1957 to Jacob Dale McVey Sr. and Velma F. (Hauser) McVey in Boise, Idaho, the youngest of four children. She, with her parents moved to Cascade, Idaho in the early 1960’s after selling the five acres and purchasing a motel/store; she attended all grades through high school at Cascade, Idaho. She moved to Boise after graduation and attended one year at Boise Junior College where she met her sweetheart & soul mate, Rick Needs. They married May 28, 1977, and lived in Idaho, Oregon, Montana and back to Boise in 1992 during Rick’s career with Norco. After retirement in 2010, Cynthia and Rick did considerable traveling in the western states, especially the Oregon coast; the last 9 year included winter retreat in Pahrump, Nevada and several southwest spots in New Mexico/Arizona. Their lives and love included several “furr babies”, all cocker spaniels.

She requested there be no funeral service. Immediate family will gather later in the year for life celebration.

She requested there be no funeral service. Immediate family will gather later in the year for life celebration.