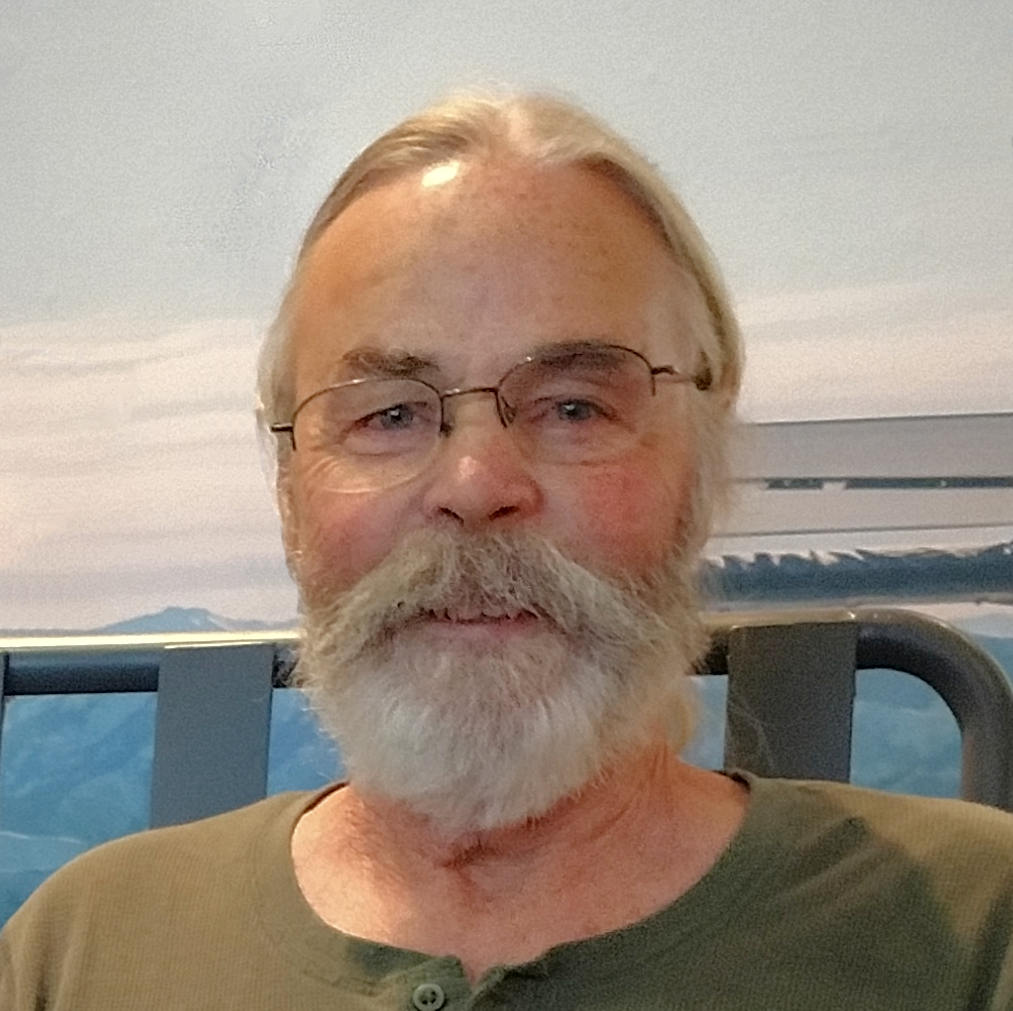 Clifford Grisham Jr, 74, left his physical body for a new adventure on January 21, 2022, with his family by his side.

Born in Boise but living his earliest years in Idaho City as the oldest of five children, Cliff would spend his entire life living in and enjoying the forest, mountains, and scenic backcountry of Idaho. Cliff attended schools in Boise and graduated from Boise High School in 1965. High school was where he met his wife, Cathy.  After high school, Cliff was enlisted in the Marine Corps. His out of state military time was brief and he came home to take care of his wife and baby, while supporting the Marine Reserves in Boise. Cliff spent a short time working for Idaho Food Products and made deliveries and created relationships with some of the legendary Boise establishments of the 60’s and 70’s like The Torch Lounge, Vern’s Dairy Dell, and Clover Club Potato Chips. Cliff also spent his early adult years riding and racing dirt track motorcycles at Owyhee Motorcycle Club.

From there, Cliff transitioned to his lifelong career in electrical wholesale sales for several companies in Boise – Allen Bradley, Columbia Electric, Platt Electric, Graybar, GE, Consolidated Electrical Distributors, and Electrical Wholesale Supply.  It was in this role that Cliff mentored, educated, and adventured with his lifelong friends and coworkers. He truly enjoyed what he did and was known for saying “I’ll retire when I quit having fun.”

Throughout his life, Cliff enjoyed remodeling his house, the home he lived in for his last 40 years, cooking and sharing all kinds of wonderful food, and hunting, fishing and camping with his friends and family, both throughout Idaho and Alaska.  He drove to Alaska an estimated 20+ times and spent many trips fishing and relaxing with his friends and family, mostly in Ninilchik, Alaska, but also in other areas.

Cliff’s nickname was “Mr. Idaho”.  One of his favorite pastimes was to explore all parts of Idaho and he was always happy to share that enthusiasm with anyone who wanted to come along.  He was an avid reader of Idaho history and guidebooks and could share exact details and draw up maps of locations at a moment’s notice.  There were many, many stories and good times shared at places like Elk Camp, Jenny Lake Camp, Bear Valley, No Name Lake, Deadwood, Polly Bemis, Sulphur Creek, and Morgan Ranch, Riggins, and Magruder Corridor to name a few. He loved sleeping under the stars in his bedroll and planning and cooking the camp dinners whenever possible.  Macaroni and tomatoes, beer brats, caramelized peppers and onions, and Dutch oven cherry Coke chocolate cake were almost always on the menu.  He also invented the family famous Jenny Lake Trout ‘Flamboo’. Feel free to ask for the recipe.

In his final years, Cliff bravely fought several health issues, including blood cancer most recently, which eventually contributed to his passing.  He remained active as much as he could and was able to still make it to Elk Camp this last November, but his physical decline soon after was too much for his ailing body.  The family would like to extend sincere gratitude to the palliative care staff at St Alphonsus during his final days.

Cliff was preceded in death by his brother Ray Grisham, and mother and father, Barbara and Clifford Grisham Sr.

As a tribute to Cliff, the family requests that you fill your gas tank and take a drive up in the mountains and enjoy the scenic beauty of Idaho and its backcountry.  Or take your best friends to breakfast and celebrate life. A memorial is planned for April 30. Please reach out to the family for details, or RSVP to his email: CLGJR1@GMAIL.COM

As a tribute to Cliff, the family requests that you fill your gas tank and take a drive up in the mountains and enjoy the scenic beauty of Idaho and its backcountry.  Or take your best friends to breakfast and celebrate life. A memorial is planned for April 30. Please reach out to the family for details, or RSVP to his email: CLGJR1@GMAIL.COM