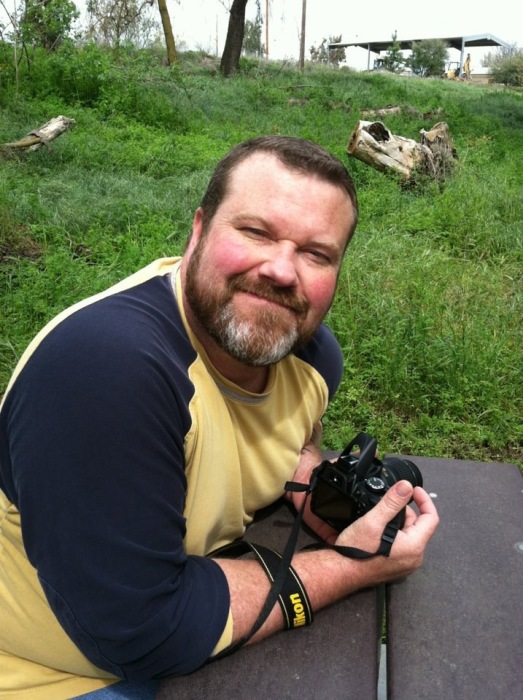 Claude Ernest “Ernie” Fox. III of Star, Idaho passed away on Monday August 12, 2019 at home after a long battle with cancer.  He was born on April 3, 1969 in Modesto, California to Claude Ernest Fox, II and Emalene Fox.

Ernie grew up in Tracy, California and graduated from Tracy High School in 1987. He lived in Modesto, California for most of his adult life.  He worked in the appliance industry and was known for always being able to repair any appliance or calm any angry customer.  He worked hard, supported his family and took pride in everything he did. He was well respected by all who worked with him; his peers all considered him a teacher and a friend. Even though he had stopped working over 3 years ago, he still answered calls from technicians and customers seeking his advice. He was always happy to share his knowledge and would never say no when someone needed his help. He never knew a stranger…he waved at everyone he passed on the road and said hello to every person in the grocery store.

In July 2016, Ernie made the selfless decision to move to Star, Idaho so that his wife had the support of her family as his health began to deteriorate.  Fortunately, he loved everything about Idaho, especially the kindness that everyone he met showed him.  He proudly purchased his first home and quickly got involved with the neighborhood watch.  He enjoyed taking day trips in his Jeep, exploring Idaho and taking pictures – he loved photography. He started playing Dungeons & Dragons with a great group of people; as much as he looked forward to the game, he was usually more excited about what delicious food he could bring to share with his new friends. Lastly, he had wonderful doctors and nurses at St Luke’s Mountain States Tumor Institute and always enjoyed seeing his friends at his weekly cancer support group.