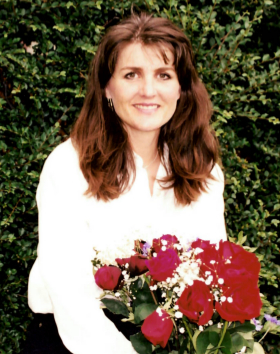 Cheryl DeMeester, 61, passed away in Boise Idaho on February 23, 2020. Cheryl was born to Doral and Marge Paxman in Bellefonte Pennsylvania on June 26, 1958. She was the oldest of six siblings, growing up mainly in Calgary Alberta.

Cheryl attended Brigham Young University and graduated in 1987 with a Bachelor of Fine Arts. While earning that degree, in 1984 she received the Best Supporting Actress award for her portrayal of Emilia in BYU’s production of Othello. Later in life, after raising her daughters, she graduated from Idaho State University with a M.S. in Speech-Language Pathology. She used her talents to help many patients with their quality of life.

Cheryl served in many callings in the Church of Jesus Christ of Latter-day Saints. She was a warm person who enjoyed people, connecting easily with different personalities. She faced cancer, first diagnosed in summer 2015, bravely. She remained as active as possible, in 2016 running a 5K and in late 2019 hiking at Cedar Breaks National Monument.

Cheryl is survived by daughters Angela, Danielle, Candace, and Rebecca, by her husband, and also by parents, grandchildren, brothers and sisters. She will be deeply, deeply missed.

In lieu of flowers, please feel free to contribute to a charity of your choice.

Funeral Services will be held on Saturday, February 29, 10 a.m., at the Church of Jesus Christ of Latter-day Saints chapel, 1925 Broadway Avenue.

A funeral service will be held at 10:00 am, Saturday, February 29, 2020 at The Church of Jesus Christ of Latter-day Saints, 1925 Broadway Ave, Boise, with a visitation beginning at 9:15 am. A committal service will follow at Morris Hill Cemetery, 317 N. Latah St., Boise.