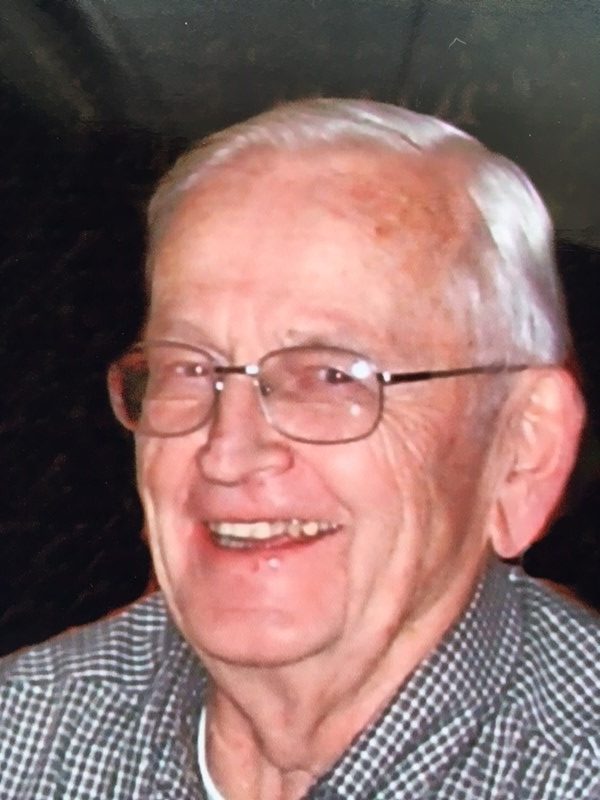 Rex was born on March 26,1932 in Emmett Idaho.  He was the last of the seven children born to William T. and Essie Borup.  He was truly a “surprise baby” as the next youngest child, Keith was five years old when Rex arrived on the scene and Rex’s oldest sibling, William was already married and had a child.  Rex had a happy childhood growing up in a house next to the Emmett city park.  He tells stories about swimming in the Payette River.  He learned to love camping, fishing, and hunting.  In high school he played football and  earned the nickname “Shy Rex”.  After high school, he went to BYU with the initial intent to become a physical education teacher but was persuaded by his older sister Idella to change to pre-med.  Thereafter he went on to the University of Utah Medical School.  He said that in his medical school, his team named their cadaver “Ernest” so at lunch they could say the morning was spent “working in Ernest”!  During a summer young adult outing at Black Canyon Reservoir he was taken aback when he saw his future wife Sharon “in this great red swimming suit”.  When he recounted this experience, we reminded him that he is color blind and he replied “I wasn’t really looking at the swimming suit!”  After a short courtship, they were married on December 7, 1956 in the Salt Lake temple.  After he graduated from medical school, they moved to Ogden, Utah for a year long internship.  While there, their first child, Pam, was born.  They then moved to Boise where he started a family medicine practice.  He and Sharon experienced a rapid flurry of child birthing, having David, Mark, Jeff and Brenda in the space of five years!  Despite the work of a medical practice and raising this horde of children, he still found time to do woodworking projects, making animal figures and building a tree house. He also found time to take us all on family road trips.  Among these were trips to Higby Cave, Boulder Lake, Redfish Lake, and other scenic Idaho locations. He taught us a love of backpacking and fishing and never missed a chance to get us out in nature.  He also found time to engage and encourage us in our interests, whether it was music, chemistry, model rocketry, astronomy, tennis, auto mechanics,  horses, motorcycles and any other activity we might take an interest in.  He also stressed the importance of learning.  We all have memories of Dad taking us into the living room for lessons about history, science, literature,etc.  He had an insatiable curiosity for a wide variety of subjects and this lasted until his last days.  Dad was also a great example of caring for his patients.  He had a history of being the “cheapest” physician in the valley, always hesitant to raise his fees and quick to write off any bills that patients couldn’t make.  He made house calls long after most physicians had abandoned the practice.  We all remember going with him to see patients in the county jail and nursing homes, although we often had to wait long times in the car.  Dad was a die hard liberal and always had a soft spot for the disadvantaged in society.  He kept a picture of Ghandi in his office with the quote “Imperfect ourselves, we must be gentle towards others”.  Besides being an amateur socialist, he was an environmentalist and taught us to appreciate and respect nature. He was open to new ideas as long as you could make a logical and reasoned argument.  He had a great sense of humor and loved telling or listening to a good joke.  He loved his grandchildren and took an active interest in their interests.  He will be greatly missed by all who knew him and remembered for all the good qualities he emulated.  Rest in peace, Shy Rex!