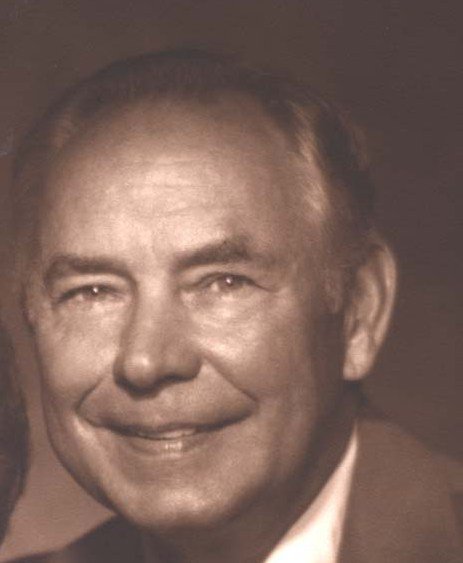 Charles M. Couper was born at home in Payette, Idaho on February 13, 1925 to Merrill and Alice Carothers Couper and passed on November 27, 2020 in Boise. He graduated early with the Payette HS class of 1943. He enlisted in the Navy V1 program in February of 1943 and went to the University of Idaho and affiliated with the Sigma Nu fraternity and played on the varsity baseball team. On July 1, 1943 he reported for active duty in the V12 program and went to midshipman school in November, 1944. After being commissioned an Ensign in May, 1945 he went to advanced line school in Miami in preparation of Pacific duty for the invasion of Japan mainland. At war’s end he spent nine months aboard the USS General LeRoy Eltinge AP-154 troop transport bringing troops home from various places around the world. He returned to the University of Idaho and graduated with a BA in Business. He married Bernice Cain on November 28, 1947. They returned to Payette where he began employment with Couper Brothers Livestock which was a partnership of his father and uncle Eldon Couper. In 1955 he contracted as an agent with Prudential Insurance Co. He stayed with Prudential as a manager until his retirement in 1984. He was a life member of the Ontario Elks #1680 and Payette Washoe Lodge A.F. & A.M. During his retirement years he was an avid hunter and fisherman and was a determined advocate for wildlife. His favorite hunting trip for antelope was to Casper, Wyoming for 27 consecutive years. He was preceded in death by his wife, his parents, his sister Diza Anderson and her husband Carl and their daughter Julia. He is survived by his son Norm; his son Richard and wife Sue and granddaughter Jessie; his daughter Diane and grandson Ross and wife Stephanie and great grandsons Shane and River and granddaughter Kristin and great granddaughter Cameron; and his niece Linda Anderson and family. The family would like to thank the kind people at Grace Assisted Living for taking such good care of our Dad. There will be no service.