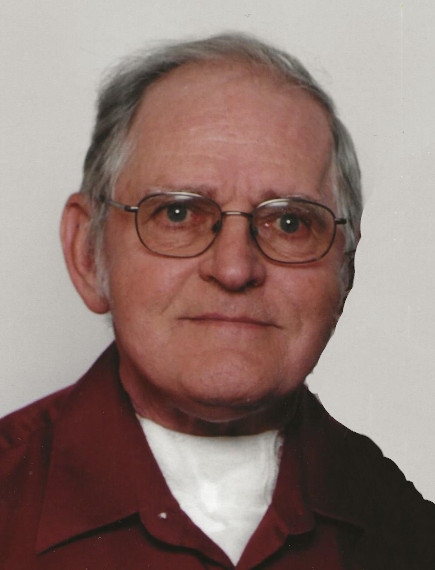 Charles Lee Garnier was born in Chicago, Illinois on September 14, 1945 to Joseph Hrabasky Garnier and Harriet Garnier. He is the third of 5 children.

When he was young, the family moved to Idaho and settled in Kimberly where he grew up. He graduated from Kimberly High School in 1963. He enlisted in the United States Army right after high school. After basic training and a brief stop in Georgia, he was deployed to Korea. He was a cook in the service, and it was something that he continued to do throughout his whole life. He volunteered to go to Vietnam during that time where he was exposed to Agent Orange, which would affect him for the rest of his life. During his time in the Army, he was awarded the Vietnam Campaign Medal, Vietnam Service Medal, National Defense Service Medal, and the Sharpshooter (M-14). He was honorably discharged in 1967 and returned home to Kimberly.

Upon his return to Idaho, he was introduced to the love of his life, Donna. They met at the Homecoming Game at Kimberly High School in 1967. They were married on April 20, 1968.  He worked for the Coca-Cola company at that time. He then took a job for Schwan’s delivering food and ice cream and relocated his family to Boise, ID.  He also worked for Jay Taylor custome cleaning and it took him all over the country. He did a lot of traveling for jobs to provide for his family and rarely missed a day of work.

Chuck and Donna bought a small house in Boise where they raised their three daughters.

In 1992, Chuck was diagnosed with Stage 3 laryngeal cancer. He had extensive surgery and radiation treatments to battle the disease. He would have a prosthesis for the rest of his life to communicate as a result.

He is survived by Donna, his wife of 53 years, three daughters, Marion JoLee Keelin, Carmen Jane Garnier, and Tamara Lynette Romo, his four grandchildren; Nicole, Charles, Lilliana, and Emilio, and his one great-grandchild, Harper. His is also survived by his brother James and Donna Sue.

He is preceded in death by his parents Joseph and Harriet, his sister Jan, and his brother Richard.

Chuck was always saying to his family “let’s get a move on”, not having liked to sit still for long. He loved hunting, fishing, camping, riding ATVs, gardening, cooking (loved to bake Christmas cookies, banana nut bread, and everyone loved his meatloaf) and traveling with family and friends.

Christmas was his favorite holiday and loved to decorate with as many lights that he could.

He loved to have family get togethers and always made a big meal. He loved to have help in the kitchen because he could spend time with family but only “as long as you didn’t get in his way”.

If Chuck was sitting still at home, he was enjoying sports. He was an avid and loyal fan of the Chicago Bears and Cubs and Boise State football and basketball. He also enjoyed reading, especially western and mystery novels.

Chuck was a member of New Hope Christian Church. He would go to services whenever his health would allow it. He enjoyed going to men’s breakfast every month and camp in the summer.  He also volunteered with other members of the congregation delivering donations to those in need. He made many good friends there that would be an invaluable support for him and his family throughout the later part of his life.

For all of the people and activities he loved, he sure hated having his picture taken!

His last job was a custodian for Boise School District. He enjoyed getting to know the children and staff and he was well loved there. He retired in 2002.

He was diagnosed with stage 3 cancer again in January 2021.  He wanted to get treatment, but he was too weak. He held out for as long as he could and passed peacefully on June 14, 2021, surrounded by the family that he loved, and that loved him so much. He will be dearly missed.

In lieu of flowers, in memory of Chuck, please plant a tree or take your family fishing and soak in every second of joy.