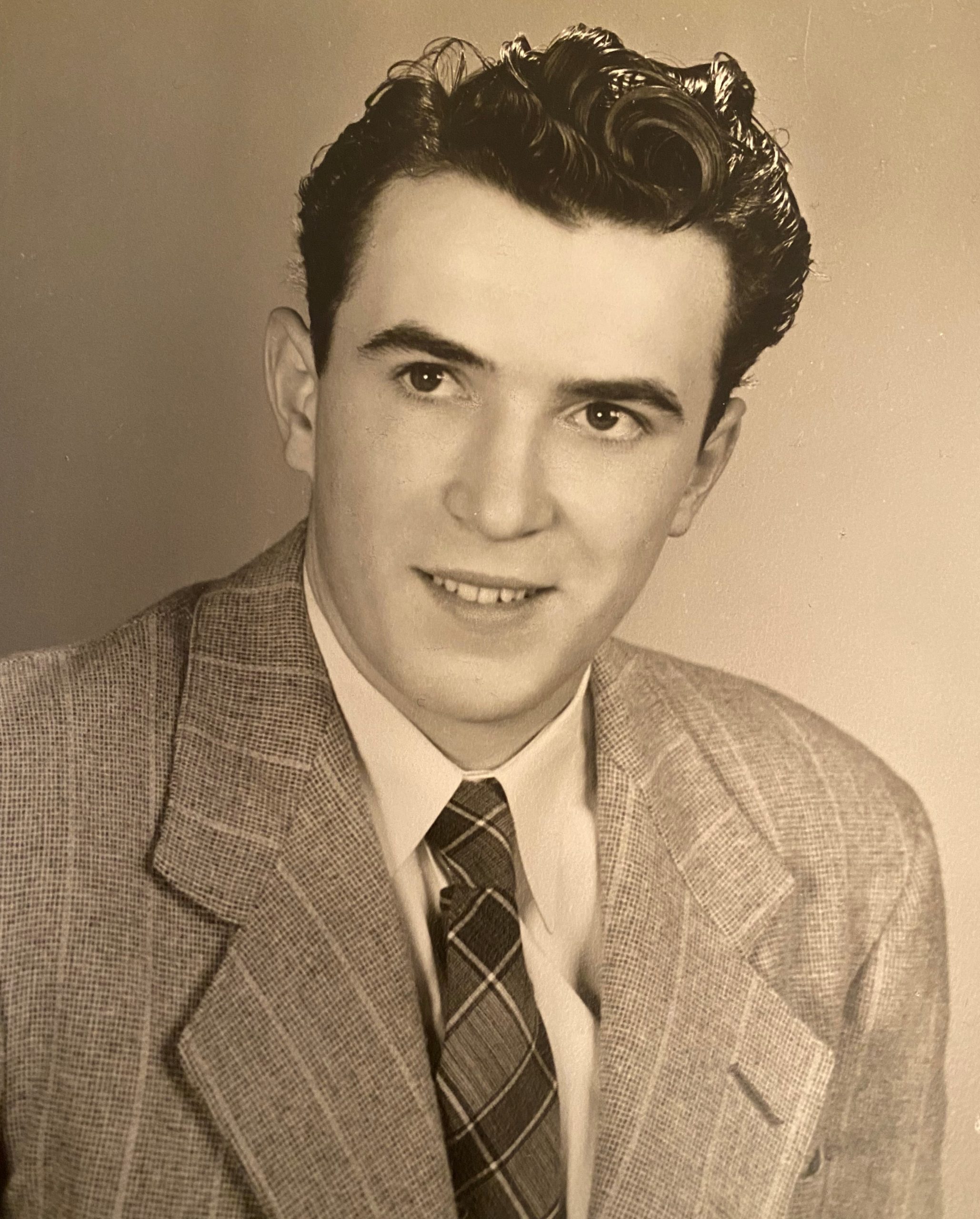 It is with great sadness we announce the passing away of our dad, Charles C. “Bud” Dodge, on September 8, 2022.  It was the eve of our parents’ 71st wedding anniversary, which seemed poetic as theirs was a great love story.

Born August 21, 1929, to Charles and Leona Dodge, Dad grew up in Camas, Washington. His was a happy childhood full of outdoors, athletics, and school activities.  When he was 17 years old, he lied about his age to the Forest Service and spent a summer on a fire lookout station in the Washington mountains where he had views of Mt. St. Helen’s and Mt. Hood.  He spotted lightning strikes/fires, experienced St. Elmo’s fire, and made huckleberry pies. He always said the huckleberries were so big he would cut one in half and make two pies.

Dad attended Whitman College on an athletic scholarship, where he participated in track and football.  He had world class speed, running the 100 -yard dash in 9.7 seconds. He was small, but fast, playing halfback in football – he took a pounding, breaking his collarbone two years in a row, on the same play, against the same team.

While conducting a meeting as Freshman class president, he noticed an outspoken and beautiful student, Marion Riehl, and he quickly asked her out on a date. They were inseparable from that point on and married in 1951.  In 1958 our parents attended an International Convention of Jehovah’s Witnesses at Yankee Stadium in New York, and both were baptized as Jehovah’s Witnesses.  Their greatest commonality in life was their love of family, a shared hope of living forever on a paradise earth as promised by Jehovah God, and their faith in his son, Jesus Christ.

Dad was an avid outdoorsman who loved hunting, fishing, and camping.  He came to love the Seven Devil Mountains. He loved the Salmon River and Rapid River drainage where he hunted, fished, floated whitewater, and hiked.  If you were not up for fishing, Dad would teach you the “real” and “scientific” way to cook a hotdog in the woods.  He made everything an adventure.

Our parents enjoyed going to BSU games and to the family cabin on the South Fork of the Salmon River where the only access was to fly, jet boat, or walk.  After retirement they traveled extensively all over the United States and overseas.  They attended International Bible Conventions in Prague, London, and visited Egypt, Jordan, Israel, and various countries in Europe.

A memory his children each have is how much our parents laughed together.  Dad was witty and funny, and our mother was his biggest fan. He had a curious mind and loved reading. His library contained hundreds of books on subjects covering the universe, the brain, space exploration, Mount Everest, history, and world events.  He had a love of people and enjoyed entertaining others.  Our family was loud and fun and ever busy because of the life our parents made for us.  We are grateful that even through advancing Alzheimer’s he always knew who we were and was able to retain his sharp comedic wit and timing.

Bud is survived by his wife Marion, his children:  Bob Dodge, Karen Dodge Bell, Kelly Dodge Kimball, Curtis Dodge, Charlie Dodge, and Emily Dodge Gepner, as well as his grandchildren Jeremiah Bell, Kari Bell Brumfield, Sommar Dodge, Kalen Dodge, Sam Kimball, Zachary Dodge, MeiLi Gepner and Anya Gepner, as well as his great grandchildren Lane, Eli, Owen, Emma, and Verity.  He loved his sons and daughters-in-law like his own children, as well as the mates of his grandchildren. He was preceded in death by his beloved parents, his sister Rosemarie, and his youngest son Stephen. Mom loves you, Dad.  And we love you too.

A memorial service will be held on Friday, September 23rd, at 4:30 p.m. in the Ballroom of the Grove Hotel, 245 S. Capitol Blvd., Boise, Idaho. There will be opportunity to visit with the family and friends immediately afterward.  To share memories or photos, or to attend the service virtually, please visit the memorial webpage for Charles Clyde Dodge at www.bowmanfuneral.com