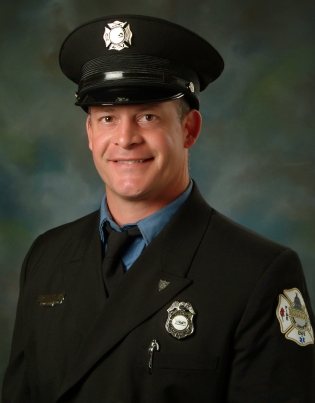 Charles Alan Ruffing better known as Charlie Age 53 of Nampa Idaho passed on Tuesday May 21, 2019 while on duty with Boise Fire Department.

Charlie was born in Nampa on October 8, 1965 to Charles (Chuck) and Barbara (Barb) Ruffing along with siblings Kathy Richardson and Debbie Cafferty of Nampa. Charlie graduated from Nampa High School Class of 1984. After high school Charlie enlisted in the United States Navy where he served his country for 4 years. During his service he married Tonya Hunter.  After the service he came back home to be with his family. He worked many jobs and made many friends along the way. While working at the Nampa Civic Center he knew he was meant for so much more and he began to chase his lifelong dream of being a fire fighter. Though the road was not easy Charlie excelled in everything he did.  While at the department he studied fire science, got his deep sea diving certificate, swift water rescue and hazardous material training. In 2007 he was awarded Firefighter of the Year for the City of Boise. In 2008 Charlie received Firefighter of the Year for the State of Idaho, as well as a Congressional Record for the State of Idaho for his heroic efforts on the Oregon Trail Fire. These are just a few examples of his achievements during his 20 year career with Boise Fire.

Charlie met his wife of 33 years Tonya Jane Hunter of Nampa in 1984, and married in 1986 where they purchased their first house and settled down in Nampa. Charlie enjoyed living life to the fullest; he loved taking his family fishing, boating, camping, and riding just to name a few. One of his greatest joys was serving the public through Fire Fighting. Of all things Charlie had accomplished in his life, nothing would compare to the pride and joy he got from his 5 daughters and 7 grandchildren.

Arrangements are being made through Bowman Funeral Parlor of Garden City, as well as Boise Fire Department.