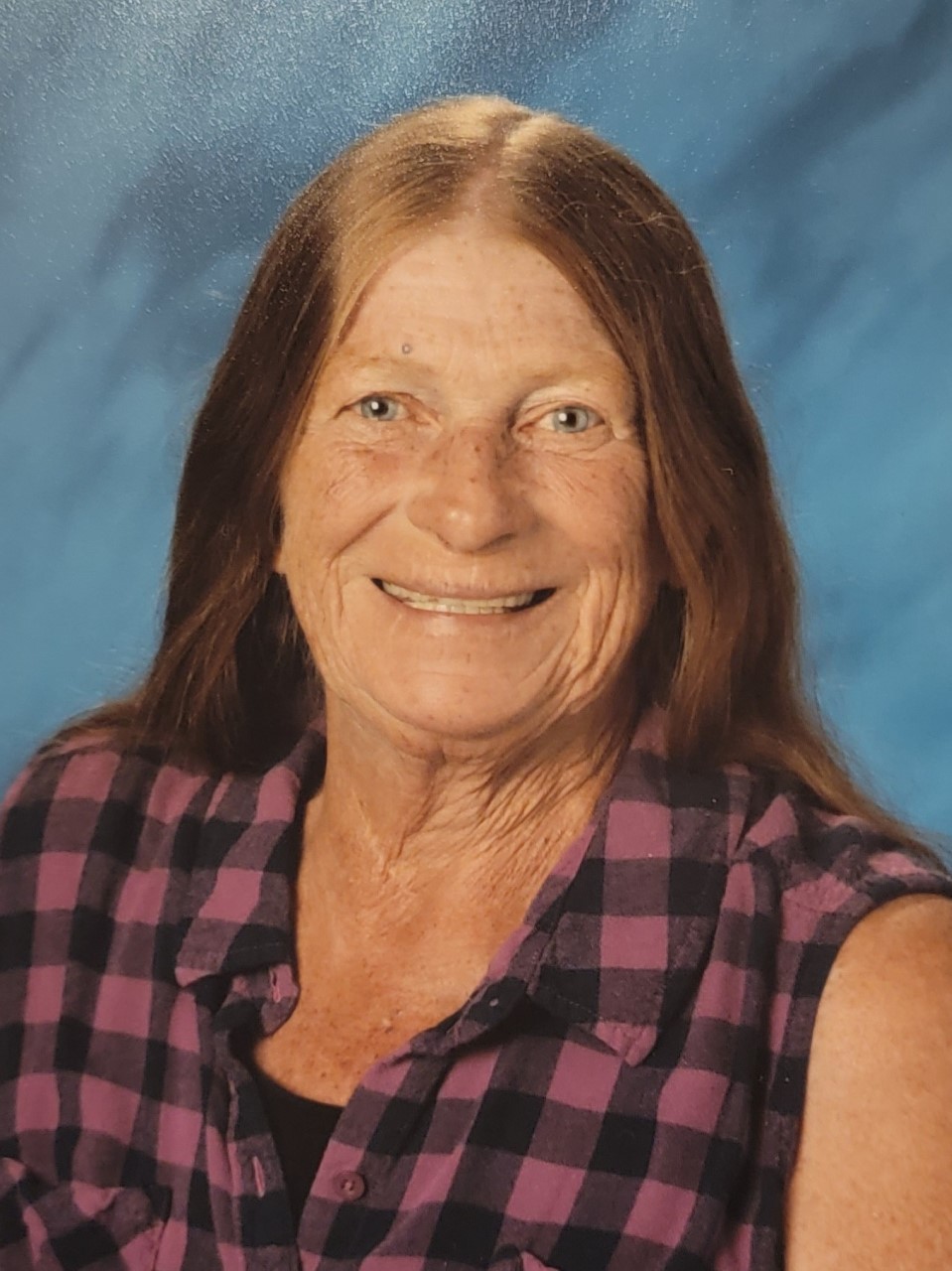 Catherine Marie (Werlinger) Vink, known by many as “Cat” or “Big Red” passed away Saturday, October 29th, 2022 surrounded by her loved ones. She was born on February 16th, 1955 to Henry and Wilma Werlinger in Sacramento, California.

In her younger years, Cathy was a barrel racer and loved it! At age 15, surprising herself, she was the 36th Annual Lewiston Round-up Barrel Racing Champion. This was a bitter sweet victory for her as this was her best and final race due to a back injury which required surgery. Even though she would be able to “gently” ride, she was never able to race again. During her racing years she won multiple trophies, buckles, and awards! Cathy was always a hard worker and worked numerous factory positions requiring hard, physical labor. Her final job was driving bus for the Middleton School District, where she retired from in November 2021. She LOVED traveling, spending time with her family, and the outdoors. Her favorite “at home” place was in her backyard planting flowers while watching her hummingbirds.

Cremation arrangements are under the direction of Bowman Funeral Homes in Boise.

Celebration of Life, including dinner, will be held on Monday, November 7th, 2022 at 5:30 pm at Middleton Trolley Station, 310 Cornell St, Middleton, ID 83644.
All friends and family are invited.

Celebration of Life, including dinner, will be held on Monday, November 7th, 2022 at 5:30 pm at Middleton Trolley Station, 310 Cornell St, Middleton, ID 83644.
All friends and family are invited.