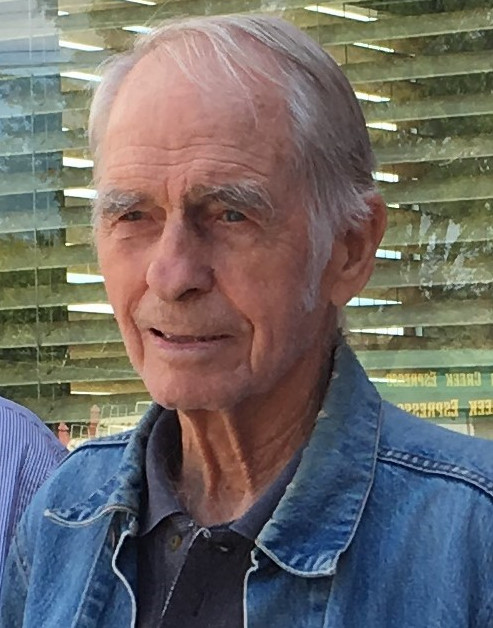 Carlos W. Powell’s sojourn on Earth has come to a peaceful end. After nearly 93 years of living, he was called home on the morning of November 17, 2020.

Carlos Wilbur Powell, born February 10, 1928, was the ninth child born to William Jennings Powell and Isabel Loveland Powell. Born in Burley, Idaho, Carlos spent much of his youth working on farms in the Minidoka County area. In 1946, he graduated from Burley High School, where he had lettered in football, basketball, and boxing. After graduation, he enlisted in the Army and was immediately sent to Japan as a member of the U.S. occupying forces. He was honorably discharged from the Army in the spring of 1948.

Following his discharge from the service, Carlos and some close friends from high school, made their way north, to the Sunshine Mine near Kellogg, Idaho in search of easy money. Carlos quickly found out that working in the mine was not at all easy. But that was okay, as he had developed a deep-seated work ethic, perhaps due to his time spent working on various farms as a youth or perhaps due to the influence of his large family. While working in Kellogg, Carlos met and married Audrey Daugherty.

In 1950, after a couple years of mucking ore deep underground, Carlos’s brother, Don, suggested that he apply for a job at the National Reactor Testing Station near Arco. So began a twenty-year career driving bus for ‘the site’. During this time, Carlos lived in Mackay, Idaho Falls, and Shelley. Wanting to be his own boss, Carlos bought Fall Creek Lodge, outside of Mountain Home, in the fall of 1970. Carlos eventually became the unofficial ‘Mayor of Fall Creek’. Audrey and Carlos divorced shortly after acquiring the lodge.

Carlos continued to run the lodge until 1990, at which time the lodge was destroyed in a devastating fire. At that time, Carlos transitioned his focus to managing the properties he had accumulated in Mountain Home. It was during this period Carlos met and wed Arlene Warner, a wonderful helpmate and a stabilizing influence. Arlene passed away in 2008.

Sometime during the last 20 years, Carlos became intolerant of cold weather and he morphed into a full-fledged snowbird, splitting his time between Idaho and Arizona. He was living in Boise when he passed away due to natural causes.