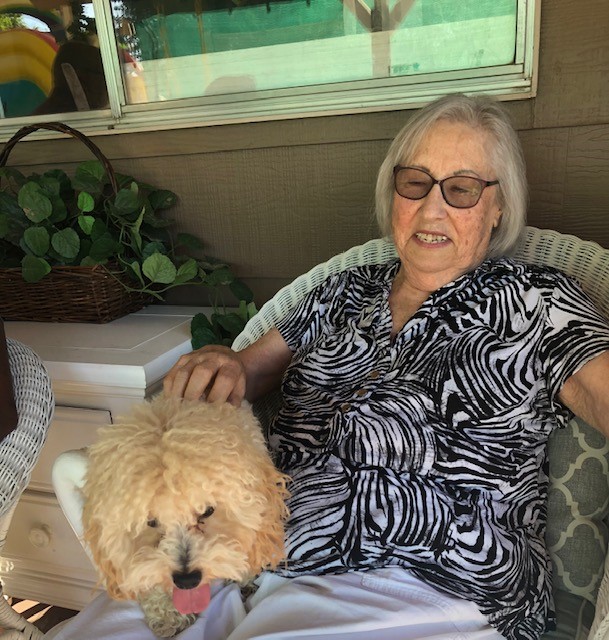 Brunhilde Pollett passed peacefully on April 3, 2021.  She will be greatly missed, leaving an empty spot in many lives.

She was born November 28, 1936 to Martin Werner Hoppe and Gertrude Elsa (Newman) Hoppe, both members of the LDS Church.  Brunhilde, affectionately known as Bernie, was born in the small German town of Breslau.  She was the 2nd child born.  She has one older brother, Werner Hoppe, and two younger brothers, Lienhard Hoppe and Norbert Hoppe.   Her family suffered great loss during World War II which led to many years of struggle.

In 1943, when Bernie was just a small child, her father was killed serving in the German army while in the Ukraine.   Her family was forced to flee their home when their town was bombed, leading to a tumultuous time as a refugee.   The family has told many heartbreaking stories of this time.

Bernie met the love of her life in the spring of 1957, at a swimming pool in Salt Lake City.  William Gary Pollett proposed to Brunhilde Hoppe and they were married on December 7, 1957.

Bill and Bernie had 3 children, Steven Gary, Debora Ann and Jeffrey Martin.   The children fondly remember playing board games, camping and visiting relatives in Utah.   Bill and Bernie enjoyed living in 7 different states over the years,

Tragically, their youngest son, Jeff, was killed in a motorcycle accident in 1988, leaving an aching hole in Bernie and Bill.

Bernie was a collector of fine things. Bernie loved flowers and has many floral prints and art. She had a green thumb and loved her plants.

Bernie loved to swim and became a member of the Masters swim club and loved swimming in the ocean.

Bernie loved to travel with her family and enjoyed many camping trips with Bill, the kids and a camper!

Bernie was a two-time cancer survivor, beating Lymphoma and Colon cancer. Bernie was such a strong lady in so many ways.  We will miss her dearly and always remember the times we had with her.

A memorial service will be held at the LDS church, 5530 West Venetian Drive, Eagle Idaho, on Saturday April 24th at 11am.  To honor Bernie in her love of Hawaii, the family will be wearing Aloha attire, we encourage anyone who attends to dress in their best Hawaiian attire.

A memorial service will be held at the LDS church, 5530 West Venetian Drive, Eagle Idaho, on Saturday April 24th at 11am.  To honor Bernie in her love of Hawaii, the family will be wearing Aloha attire, we encourage anyone who attends to dress in their best Hawaiian attire