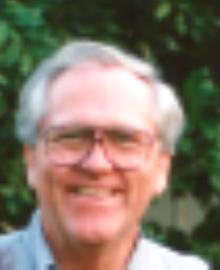 He graduated from The Ohio State University with a degree in Marketing.

He married Joanne Stouffer in 1955, and they had three children – Scott (Kim) San Diego, California, Tracy Ferguson (George), Laguna Niguel, California, and Bryan, Boise, Idaho.  They were later divorced.  He has eight grandchildren and one great grandson.

Most of his career was in southern California.  He was active in the Chamber of Commerce and Exchange Club in Orange County.  eHe moved to Boise, Idaho after he retired.

Bruce Campbell actually returned to his native state of Idaho in 2005 and called “downtown” Boise his home where the 1999 Mustang was normally parked near his back door, and many days in the Costco Boise parking lot where Bruce worked as a “Lead Generator” in a booth sponsored by A-1 Heating & Air Conditioning, the principal Lennox Dealer in the Boise area.

Bruce’s main interests were golf, travel, and football, especially Ohio State football.  One of Bruce’s fondest memories was coaching his two sons and their friends in little league football.

Bruce was preceded in death by his parents and two of his sisters – Judith and Adele.  He is survived by his sister Patricia Bevan (John), of South Jordan, Utah.

Bruce requested that there be no funeral.  His family will share private memories.