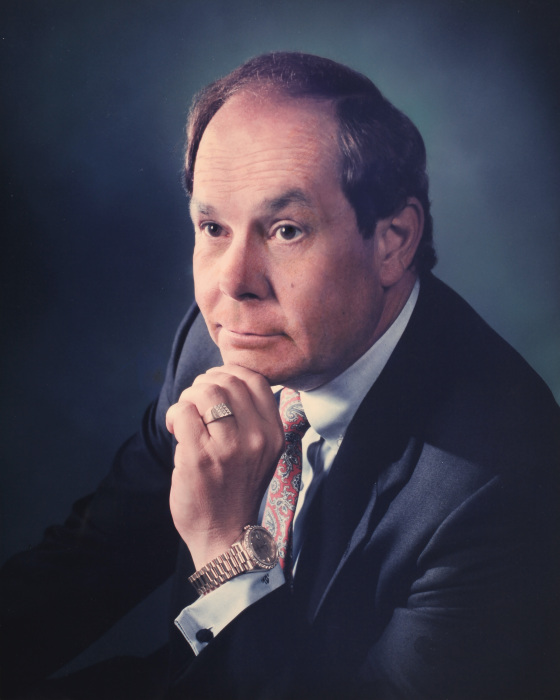 We celebrate the life of Bruce Conrad Walter ~ beloved husband, father, grandfather, son, brother and friend.  After a short battle with cancer he went home to be with the Lord on August 27, 2019 at the age of 79.

On March 6, 1940, Bruce was born to Earl and Grace Walter in Chippewa Falls, Wisconsin.  He graduated high school and went on to study at the University of Wisconsin. Throughout his life he remained a loyal fan of the Wisconsin Badgers and Green Bay Packers.

In 1961, he married Joan Heuer and they had 3 children, Mark, Paul and Kristen. He married his soulmate, Coleen Acker, in 1973 and inherited 3 daughters, Natalie, Sherry and Shelly, and together they had daughters Addie and Amy.

Bruce always had a strong and determined work ethic which led to his many careers. Graduating from Brown Institute in Minneapolis, MN, he became a news radio broadcaster. The following years he was manager of the Northern Wisconsin State Fair and then moved to New Jersey to manage their State Fair. In 1982, he took his passion for marketing and opened his own advertising agency, Multi-Media Marketing Communications, Inc., in Southern California where over the next 25 years grew into additional offices in Northern California and Reno, Nevada.

After selling the business, in true Bruce form, he never slowed down for his retirement. He became Executive Director of Hot August Nights in Reno and then moved back to his home in La Quinta, California where, instead of playing golf, he enjoyed selling real estate. The last 5 years Bruce and Coleen settled in Meridian, Idaho where he took a job at Impact Radio Group. Bruce, always having the desire to give back, spent his last 3 years at Boise Valley Habitat for Humanity where he was in charge of corporate and community outreach.

Always reading his devotions and prayers, Bruce walked daily with the Lord. In his early twenties he even considered a ministry calling to be his career. With the Lord blessing him in so many ways, he joyfully gave back anonymously in numerous situations.

Bruce and Coleen enjoyed many years of traveling with various cruises to Europe, the Caribbean, and Hawaii along with visiting their homes in Lake Tahoe and Palm Springs.

Bruce is survived by Coleen, his wife of 46 years, his children and 12 grandchildren: Tanner, Hunter, Chandler, Sierra, Savanna, Delaney, Davin, Kinsley, Shaley, Carys, Blake, and Callie.  He was preceded in death by his parents and brother, Dale.

In Bruce’s memory, he would love any donations be made to Boise Valley Habitat for Humanity at P.O. Box 6571 Boise, ID 83707.