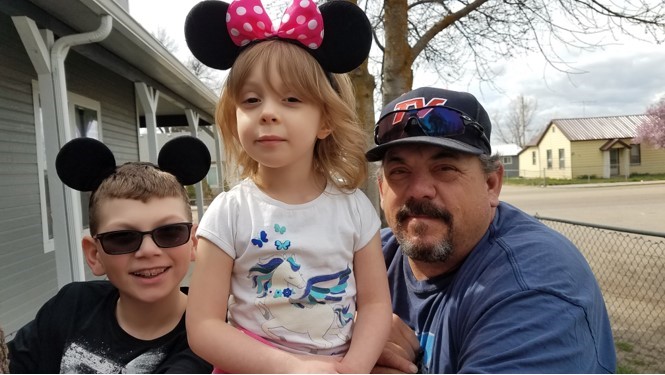 Brian Allen Cornell, 59, quietly left us for his heavenly home on Friday, July 8, 2022. He was born on February 16, 1963, and enjoyed a beautiful childhood with his family as a native Idahoan. His parents, Janet and Darrell Cornell quickly found that Brian excelled in every sport he attempted, and they were at all his many games to support him throughout his life. His mother often recalls him as the little boy going down their street to the ballfield with his bat and mitt and best friend.  While attending Vallivue High School he lettered in Baseball, Football, and Basketball, and went on to play Baseball at Treasure Valley Community College in Ontario, OR. He was an outstanding catcher as well as an incredible offensive player.

It was at Treasure Valley Community College he met his wife, Angela Pierson, a science major with no athletic talents. They were an unlikely couple, but quickly found themselves in love and never wanting to be apart. Brian was offered many scholarships to universities across the country to play baseball and was even scouted by the pros. But he wanted to be with his Angela and begin a family. They married July 21, 1984, and have been together ever since.  He joined his dad in the electrical trade and became a journeyman electrician in 1988. Brian and Angela’s first son, Nathan, was born in 1985 followed by Jeffrey in 1987, and Dustin in 1993. Brian was ecstatic. Three sons were more than he could have imagined. His final months he often remarked on how proud his children made him. They were his biggest and most important legacy. Brian loved “his girls” as ardently as if they were his own, and his grandchildren were his Joy! He wanted them to always remember how much he loved them all.

To appease his competitive spirit, Brian played softball for over 20 years, even going to national tournaments across the country. He found and kept many of his closest friends during these years. Once met, he was hard to forget. He did fulfill his sons’ dreams of playing a softball game on the same team as them all for his last game. Upon finishing his softball career, he easily put all his time and effort into golf, as usual, excelling once again. He enjoyed many years of weekend outings and tournaments with old friends from softball and, of course, made many new ones.

Along with these sports, Brian enjoyed a long love affair with hunting waterfowl and fishing. His dad began him at the early age of eight going out into the cold, winter mornings to learn about goose hunting.   Even though he was cold and wet, he never complained. His dad realized then that he had his forever hunting buddy. Brian and his dad enjoyed many hunting trips for the next 50 years. They also shared a love of trout, salmon, bass, crappie, and steelhead fishing. In his last few years, Brian experienced the time of his life fishing Alaska.  He took Angela, his grandson, Austin, his son, Dustin, his nephew Tyson, and his dad. He spoke with absolute joy about these trips and would not have traded them for the world.

After Brian’s diagnosis of glioblastoma in June of 2020, he underwent surgery to remove the tumor and was back at work at Winter’s Electric in a matter of weeks. With his wonderful work family, he was able to continue working through radiation and chemotherapy until 2021, when another tumor was discovered, and more surgery performed. Brian and Angela agreed it would be best to forgo working and concentrate on his treatment, his family, and living his best life. He was an amazingly positive patient; heroically undergoing the many treatments and side-effects they brought forth. Throughout his battle, Brian never doubted God’s love and plan and he and Angela prayed together often for his care and the care of their family. In March 2022, the tumor had regrown and spread beyond surgical intervention. He continued his fight with medications, however it proved to be a powerful foe and he entered hospice on June 10, 2022. On July 8, 2022, his final breath was taken on this earth.

Brian is survived by so many who love and admire him. His wife, Angela; sons and daughters-in-law, Nathan (& Amy) Cornell, Jeffrey (& Amanda) Cornell, Dustin Cornell (& Allyson Leavitt); his grandchildren, Austin Cornell, and Brinley Cornell; parents, Darrell & Janet Cornell; sisters, Christie (& Jerry) Grob and Susan Cornell; and nephews and nieces whom he adored as his own. There was special place in his heart for friends, and his beloved olde English bulldogge, Gracie. A special thank you to the amazing people at Winters Electric, who kept him part of the family even when he could no longer work; Auburn Crest Hospice, Dr. Paul Montalbono, Dr. Christine Gamboa, and Dr. Bobby Chawla; Your compassion, kindness, and care for Brian was invaluable. Brian, we love you. Forever and for always.

“The Celebration of Brian’s Life”

There will be a graveside service at Dry Creek Cemetery, 9600 Hill Rd., Boise, on Thursday, July 28 at noon.

"The Celebration of Brian's Life"