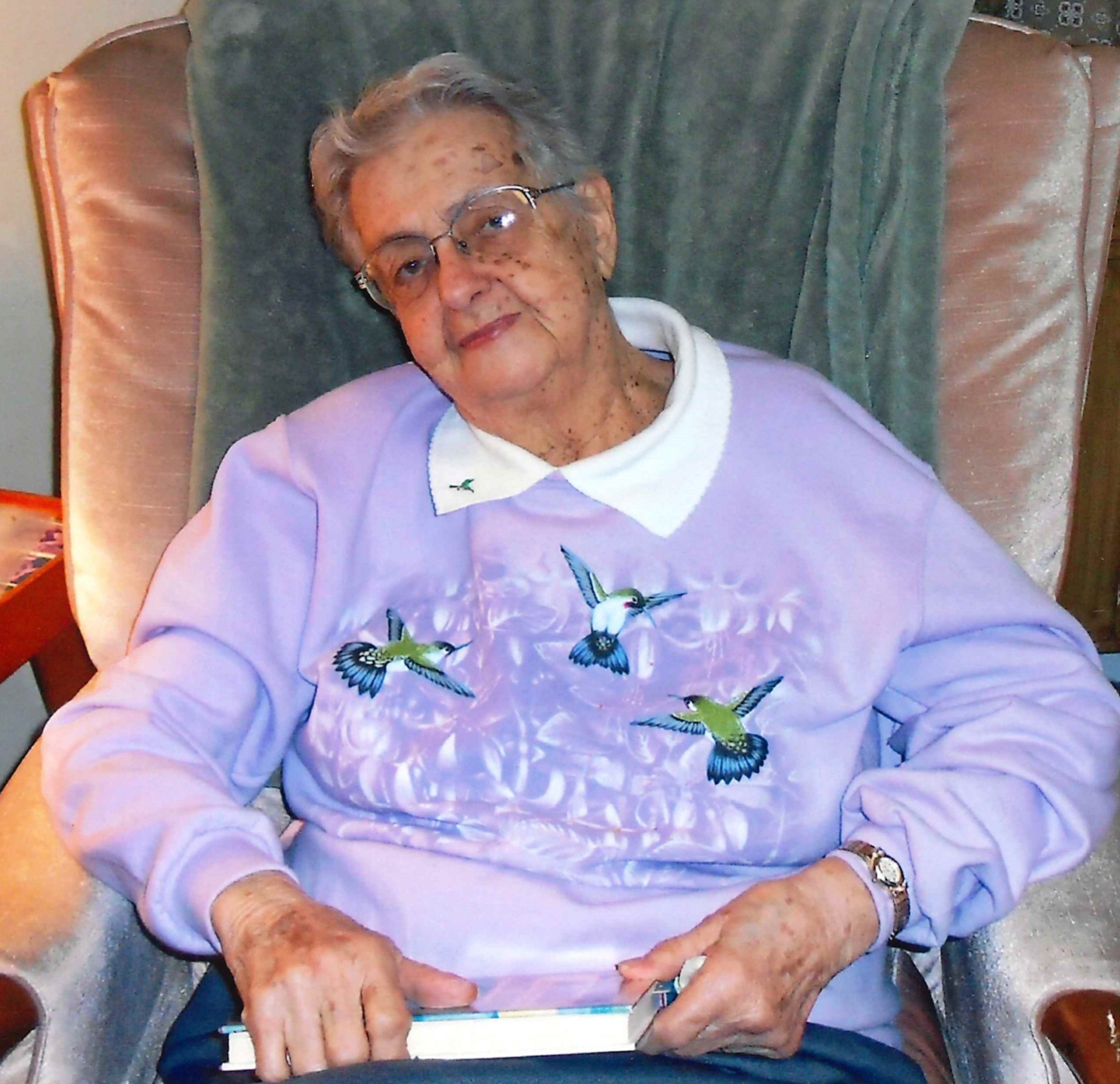 Bonnie was born to Wilmer and Clara Cole on October 10, 1924, at home in Riverside, Idaho. She was the 10th of eleven children and outlived all of them. She grew up on a farm and learned how to work hard and the value of family.

Although she left school to marry John Taylor, she was very smart and loved to read. John and Bonnie had four children – Betty, Mary Alice, Leona and Dennis. Dennis died in 2000. John died in 2011, and they are now finally reunited.

Bonnie and John always raised a big garden and canned hundreds of jars of vegetables and fruit every year. They also grew beautiful flowers, including gladiolas, iris, and others. They lived in Eagle for 55 years. Bonnie was very creative, had a flair for decorating, drew pictures and wrote poems. She did beautiful embroidery work and won several blue ribbons at the Western Idaho Fair. She sewed out clothes and made many outfits for our dolls. She also made covered hangers for years and gave away and sold hundreds of them. She had a dry sense of humor, a great memory for songs and poems, and could recite them for any occasion.

After John retired, they bought a motor home and enjoyed traveling around the country. They especially liked the Oregon Coast.

Survivors included daughters Betty (Darrell) Barnard, Mary Alice (Arnie) Hines, and Leona Thomas, along with 16 grandchildren, and many many great and great-great grandchildren.

We would like to thank the staff at Edgewood Spring Creek in Eagle for the loving care they took of our mother in her final years.

A funeral service will be held on Tuesday, December 28, 2021, at 1:30 pm with a visitation held a half hour prior to the service at Bowman Funeral Parlor located at 10254 W. Carlton Bay Garden City, Idaho with a committal service to follow at Star Cemetery.