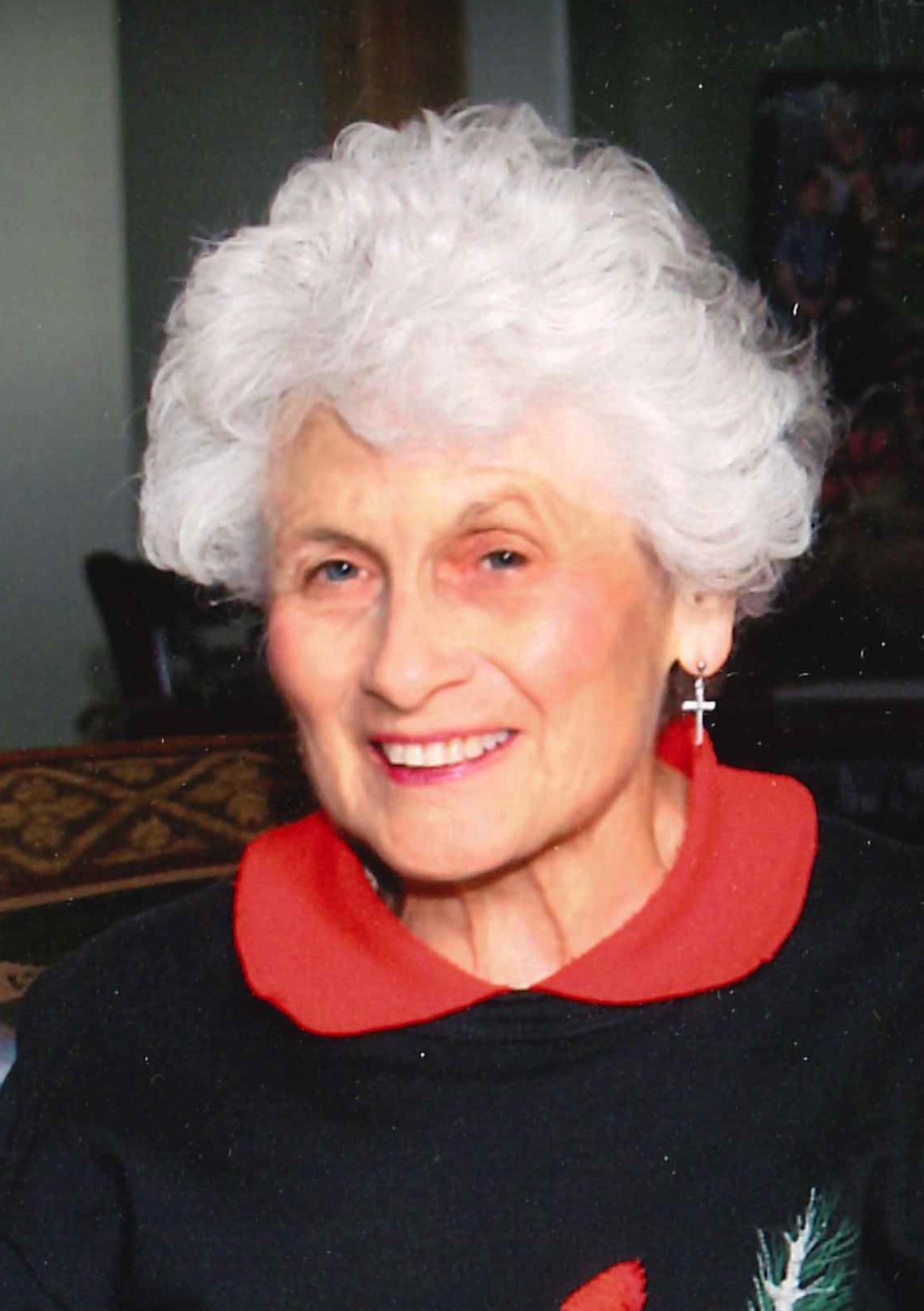 Betty Lou Corn was born February 19, 1932, in Boise, Idaho to William and Clara (Holbrook) Miller. She was the fourth child of five (Will, Jim, Barbara, Betty, and Linda). She graduated from Boise High School in 1950. Her aunt suggested she apply to be a page at the Idaho State Legislature, so she did and became the first female page in Idaho. Afterward, she decided to fulfill a lifelong dream of becoming a nurse.  She completed the 3-year RN training program at St. Luke’s in Boise in 1954. She was very close with her classmates and continued to meet with them twice a year until the virus kept them from getting together in 2020.  Betty worked as an RN at St. Luke’s, St. Alphonsus, and then moved to Kermit, Texas to help her sister Barbara, who had some medical problems. Her younger sister Linda went and stayed in the nurse’s dorm with her, where she was inspired to be a nurse as well and joined the Air Force. When Betty returned to Boise, she worked at the VA Hospital for seven years. A VA doctor told her that nurses were needed in the Idaho Air National Guard, so she applied and became the first female to join in Idaho. She completed officer’s training in Montgomery, Alabama and flight nurse training in San Antonio, Texas. During her time as a Captain, she met a pilot, and the love of her life, Samuel Corn, who later became Colonel Corn and Commander of the Idaho Air National Guard. They had two children, Samuel Corn, II and Selena (Sally) Corn Robert. Betty also became a stepmom to Richard (Dick) Corn and Vicki Corn Purcell, whom she loved very much.  Betty went to work for Dr. Farber, an allergist and pediatrician in Nampa. They lived in Nampa for 3 years, then spent 27 years in Meridian where they raised their kids, and she was loved by all she met. She loved being a mom, and all her kids’ friends loved her like a mom too. Sam and Betty moved to Star in 1997, where she spent most of the remainder of her life. They had eight grandchildren: Rick & Lisa Corn, Chris & Tracey Corn, Mindy (Corn) & Michael Jameson, Toby Webb, Ryan Ferrera, Alexandria Corn, Samantha (Robert) & KC Doty, and Tanner & Bailey Robert.  They had 31 great-grandchildren and 19 great-great grandchildren. Sam and Betty loved camping, riding motorcycles together, skiing, and spending time with their families. Betty accepted Christ as her personal Savior after Sammy was born and brought her kids up loving the Lord at Meridian First Baptist Church. She loved Jesus and during her last couple of years told everyone she saw how much she had to be thankful for.  She loved to sing and would still sing the school song that she and a friend wrote for their Pierce Park Grade School.  She was brave and strong, and couldn’t have been a better mother, sister, wife, daughter, and grandma. Thank you to her close friend and caregiver, Violet Lambrou, and to those who loved and cared for her at the Cottages.  She was truly loved and will be greatly missed.  Services will be held Thursday, February 3 at 10:00 am at Eagle Christian Church 100 S. Short Lane Eagle, Idaho. Condolence may be left at www.bowmanfuneral.com

To watch the tribute video please follow the link  https://www.tributeslides.com/tributes/show/XBDG2BC9NKG7F579

Services will be held Thursday, February 3 at 10:00 am at Eagle Christian Church 100 S. Short Lane Eagle, Idaho. Condolence may be left at www.bowmanfuneral.com