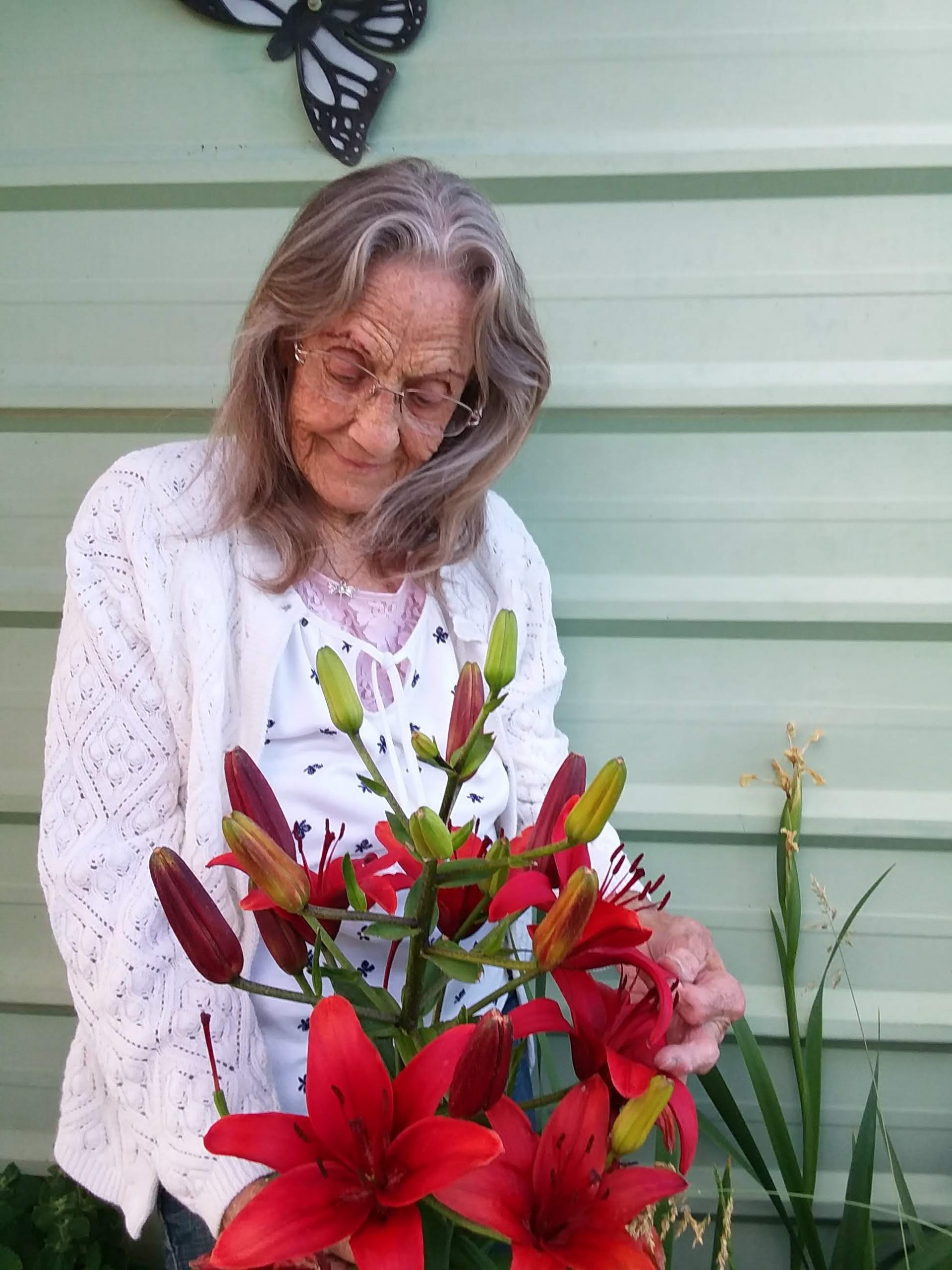 Bertie May Plummer (Anderson) longtime resident of Ontario, died surrounded by her family at home as per her wishes August 18th 2021. Funeral arrangements are being handled by Bowman Funeral Home. Due to COVID-19, a graveside service for family and friends will be held Thursday at Evergreen Cemetery in Ontario at 10 am.

Bertie was born in Protection Kansas to Colonel Bert Fremont Anderson and Wilma May Anderson (Harden). Bertie May was an only child and as such got the nickname Toughie given to her by her father after all of their adventures.

In 1936 due to the Dust Bowl, and Bert’s struggle with severe arthritis, Bertie May’s family moved to Ontario, Oregon where her father started a successful auctioneering business. Bertie May graduated from Ontario High School in 1939.

Prior to graduation, she met the love of her life Archie Plummer, who was staying north of Ontario as a member of the Civilian Conservation Corps. Bertie and Archie married in the same year. They had two sons, Larry Randall Plummer and Buckley Duane Plummer.

For a time, Bertie May’s family followed construction work. Eventually they settled outside of Ontario and farmed. After farming they started Plummer Trucking, which lasted until a back injury sidelined Archie. The company was very prosperous, and everyone in the family pitched in. Bertie May became well known for being one of the only female truck drivers in the valley.

Bertie May loved racing cars, motorcycling, fishing, collecting odd pets, and all kinds of creative projects. She loved coloring on her tablet. Art was a hobby that she kept at until the end of her life. Her house is filled with various art projects that she finished over the years. She was also an avid collector of anything to do with butterflies, dragons, teddy bears, dragon flies, mermaids and fairies. She was a well known and loved member of the Ontario Senior Citizen Center, where she visited with her friends, danced, occasionally sang, and performed the Shimmy Dance.

Bertie May was happiest at her home on the Snake River. She loved spending time with her grandchildren Josie May, Christopher and Amanda. She and Archie hosted many water skiing parties where Bertie May was known for doing acrobatics such as climbing a ladder while water skiing on a disk. Bertie May was the life of the party, and always was full of surprises including her first tattoo at age 80. Late in life she fell in love with tattooing, and added a new tattoo every year on her birthday. Her tattoos included a full backpiece, and partial sleeve. Bertie was also known to some by the accounting of her adventures, “Moment’s with Bertie May,”  posted by her grandson on Facebook. She was also well known to the local Harley Davidson Community for her frequent visits to various motorcycling events throughout Idaho/Oregon with groups like the Southern Idaho Cruisers. She was still riding two-up on the back of her son Buckley’s Harley two months ago.

Funeral arrangements are being handled by Bowman Funeral Home. Due to COVID-19, a graveside service for family and friends will be held Thursday at Evergreen Cemetery in Ontario at 10 am.