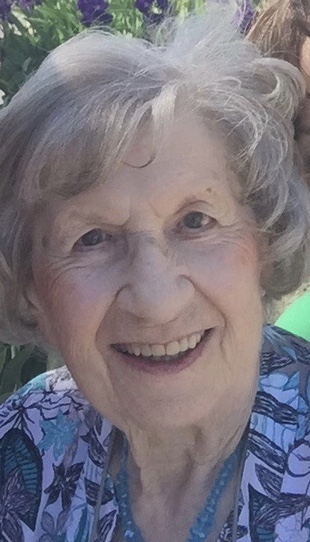 Bernice was born in Detroit Michigan, the 11th child of Polish Catholic immigrants. She lost both parents during the difficult time of the Great Depression, lived with her siblings for a time until placed in foster care. She was not one to talk a lot about her childhood.  After graduating from High School, she worked in a jewelry store and was moved       by a poster in the store recruiting for the Coast Guard. “Don’t Be a Spare, Be a Spar.” Bernice decided to join the Coast Guard, left February 1946 for training in Manhattan Beach. She started in accounting then promoted secretary to a Lieutenant Commander. Bernice

Bernice’s time in the military did not end after her honorable discharge at the end of World War II. Using the GI bill, she took a train to Santa Barbara California to go to UCSB where she majored in Interior Decorating. In Santa Barbara she met and married an ex-marine, John Max Pickarts, who became a career Army Office. One might say being the wife of an active duty officer, keeping the family together, was where she served her country best. Her soldier left her twice for war duty, the first time was wounded and in the hospital for months recovering, Bernice at home with their first child, pregnant with the second. Being a military family for 33 years involved moving frequently as her husband changed assignments every 1-3 years. Max and Bernice were stationed in Kansas, Kentucky, Germany twice, Virginia, Colorado, California, Idaho, Michigan, and Alaska. With each move Bernice created a new home for their four children using her creativity, love for sewing and decorating. There was fun outside the home too. One snowy Christmas in Germany, Bernice arranged “a one-horse open sleigh” ride for the girls in her Girl Scout troop.

After raising her children, Bernice attended Boise State University majoring in Medical Records. She worked at the VA Medical Records Department for many years first in a paid position, then as a volunteer. Max and Bernice retired in Boise, loved to travel in their motor home. They loved the Boise State Broncos, were season ticket holders for decades. Bernice’s Catholic faith was very important to her; she read the Magnificat daily. Her independence, organization skills, love of travel, and motto “You do what you have to do” took her far.