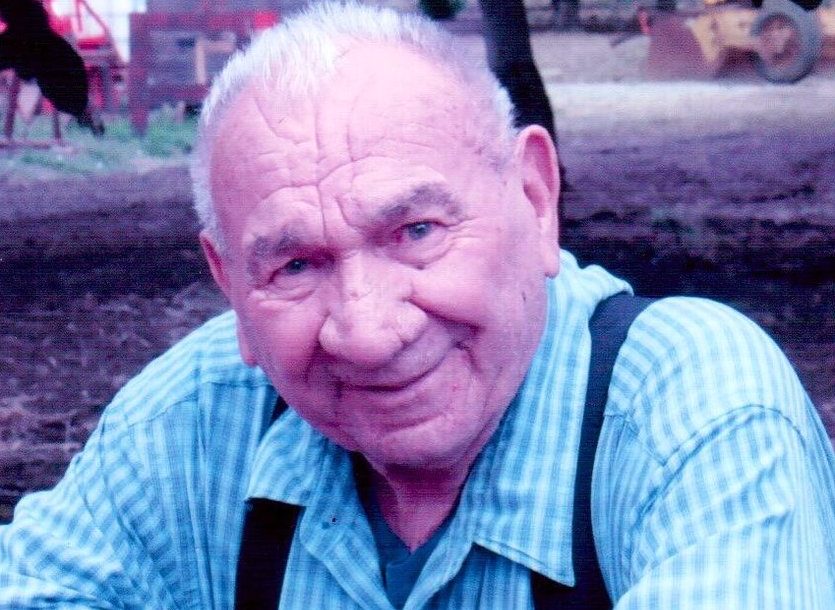 Family and friends are celebrating the life of Bernie Freitas, who passed away peacefully with family by his side at the age of 91. He was a resident of San Juan Bautista and Hollister for 87 years, spending the last few years in Idaho with family.

He attended local schools- participating in football and track, passing down the love of sports to his daughters. Bernie was a 3-year Korean War veteran, proudly serving his country and honorably discharged in 1953. His tour with the Coast Guard included deployment to the South Pacific.
Bernie spent his life as a hard-working orchardist- raising prunes, pears, cherries, walnuts, apricots and apples. He was proud to be a long-time grower for Martinelli’s.

Bernie loved to socialize and was a member of the Elks, I.C.F., Ducks Unlimited and Farm Bureau. He had the gift of gab and was not afraid to speak his mind, using his signature ‘colorful’ language (#*!!). He had fun teasing, always with a gleam in his eye and a devilish smile.

Bernie’s hobbies were fishing, duck hunting and playing Pedro. He spent a lot of weekends in Soquel with family and friends dining at the wharf, going for drives by the beach and getting good deals at garage sales! Bernie’s favorite yearly vacation was to Donner Lake, where many memories were made (including the biggest fish story!). He simply enjoyed visiting with people while having a cup of coffee, something sweet to eat, and an occasional afternoon nap!

Bernie was predeceased by his parents William Freitas and Louise Silveira Freitas, and his beloved wife, Lorraine. Survived by his children Diane Freitas (Renee Finch), Donna (Dave Oelschlegal) and grandchildren. Bernie is also survived by his brother, Leonard; sister-in-law Billie Corotto; and many cousins, nieces and nephews.

An ambitious, funny and generous man, Bernie will truly be missed

Services will be held Friday July 9 at St. Benedict’s Church, 1200 Fairview Rd at 11:00 a.m., with a lunch reception following at the Hollister Elk’s Lodge, 351 Astro Drive. Interment will be private.

Casual dress (bring out your plaid shirt in dad’s honor!).

Services will be held Friday July 9 at St. Benedict's Church, 1200 Fairview Rd at 11:00 a.m., with a lunch reception following at the Hollister Elk's Lodge, 351 Astro Drive. Interment will be private.