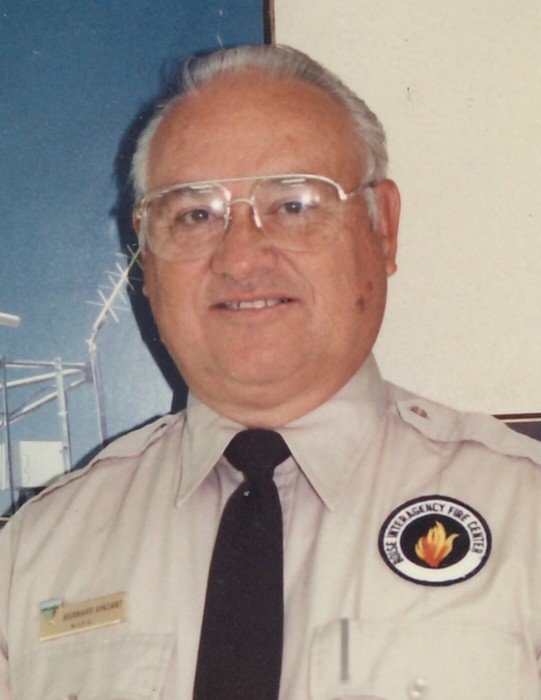 It is with deep sorrow and much love that we mourn the passing of Bernard “Gary” Vinzant, husband, father, grandfather, great-grandfather, and friend on December 14, 2019 at the age of 82 years.

Gary was welcomed at birth by parents, Bernard and Evalee, in the town of Princeton, Missouri. Gary was married to Barbara Jones in 1955 and had a son Gary “Christopher,” in 1956. He was married again in 1961 to Roberta “Bobbie” Jessen. With this union, he gained 3 children: John, Cathy, and Jim. He was also blessed with sons, Robin, and Terry.  In 1988, Gary married a final time to Patricia Kledzik, opening his heart to another son and daughter, David and Lorna.

Gary served in the United States Airforce for 21 years, earning the rank of Senior Master Sergeant.

Gary retired after a fulfilling career in avionics and as an Electronics Technician in the RAWS group of NIFC. Retirement gave him the opportunity to enjoy many hobbies including: fishing, camping, golfing, painting, woodwork, traveling, and gardening.

Gary was preceded in death by his parents, sister, son Terry and daughter Lorna, and grandson James.  He is survived by his wife, Patricia, sons “Chris” John, Jim, Robin, and David, as well as Daughter Cathy, 16 grandchildren, and 11 great-grandchildren.

A visitation will be held on Thursday, December 19, 2019 from 9:00 – 10:45 am at Bowman Funeral Parlor located at 10254 W. Carlton Bay Garden City.  A committal service will follow at 11:00 am at the Idaho State Veterans Cemetery.  In lieu of flowers please donate to your favorite charity in Gary’s honor.

“Don’t mess with my Pepsi!”